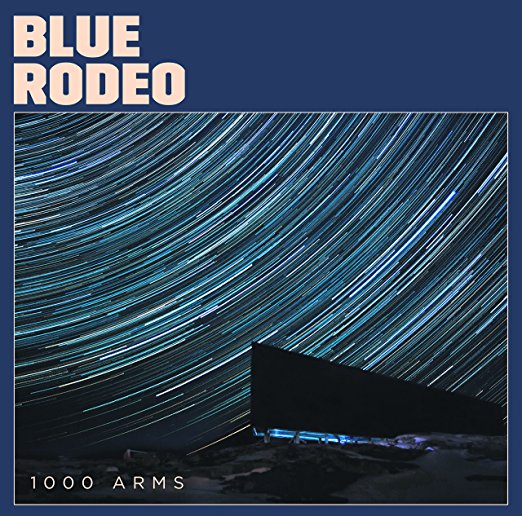 With 30 years and 14 albums to their collective credit, Blue Rodeo have received due recognition in their native Canada but remain sadly under appreciated and mostly unknown on this side of our northern border. With each new effort, that lack of awareness becomes even more bewildering than before, but with #1000 Arms#, there’s no excuse whatsoever. In a word, this album is superb. In another, it’s essential.

The reasons for that pronouncement are multi-fold. For one, every song sounds like a standard, even on first hearing. For another, Blue Rodeo have the innate ability to shift templates, and while some have identified them as an Americana outfit -- not a bad representation by any means -- their reverence for timeless pop tradition is also apparent. Songs such as “Hard To Remember,” “Superstar,”“Rabbit’s Foot” and the title track ring with a resilience that wraps itself around every chord and chorus, sounding for all the world like anthems for the ages. Credit Greg Keelor and Jim Cuddy, the band’s principal songwriters, for laying the seeds, but also pedal steel player Bob Egan, guitarist Colin Cripps, drummer Glenn Milchem, bassist Bazil Donovan and keyboardist Michael Boguski for carrying these soaring melodies to fruition. It’s a remarkable accomplishment, not only for the craft involved, but also for the combined ability of this combo to make such a sturdy, effusive sound and best themselves every time out.

These songs strike a personal note, both reflective and expressive, and yet they hit a timeless note as well that makes them absolutely indelible. #1000 Arms# is not only an album of the year, but easily among the best of the decade as well. Suffice it to say it’s flawless.