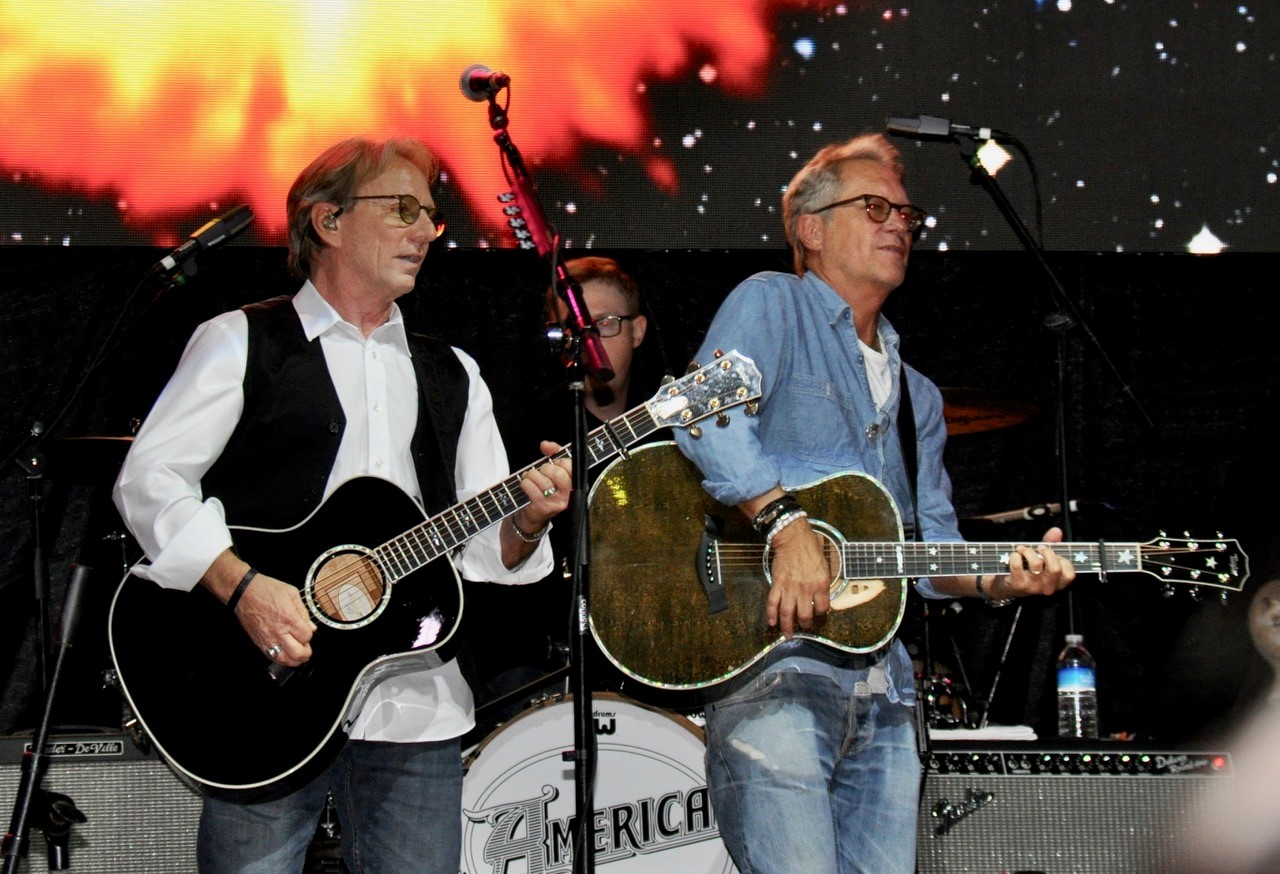 “When we talk about surviving the ‘70s, are we talking about the decade or a certain age?”

That comment from John Hall, the erstwhile leader of the band Orleans, made during a panel discussion about the impact of music from that particular decade drew several chuckles, but it was nevertheless relevant given the very nature of this particular musical venture, broadly entitled the “‘70s Rock & Romance Cruise.” Indeed, while it was seeped in nostalgia and enjoyed by mostly now-mature passengers obviously eager to revisit the soundtrack of their youth, there was every indication that like the sixties, the seventies still resonated with those who once experienced it firsthand. 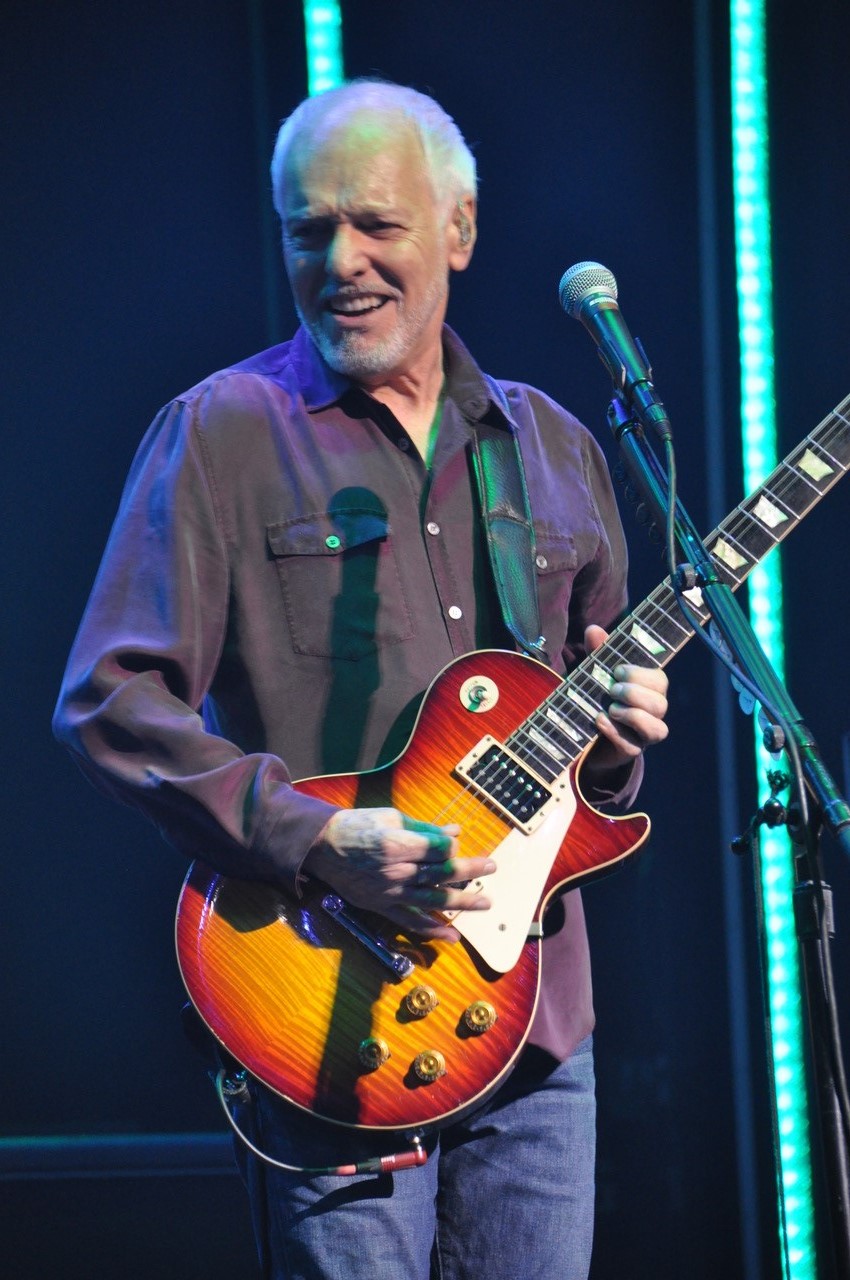 Peter FramptonLike most musically themed cruises, Rock & Romance had its headline acts, among them such powerful draws as Peter Frampton, America, Little River Band, Christopher Cross, Orleans, Firefall, Ambrosia, Stephen Bishop, Chuck Negron (once of Three Dog Night), and the Orchestra (a band featuring two former members of ELO along with more recent recruits). Inevitably, most of the aforementioned ensembles were missing key original players, but given the fact most of their careers had extended several decades on, that was to be expected. Indeed, it was the music that mattered, and regardless of whether they performed in the host ship’s Celebrity Theater, in the more intimate Revelations Lounge or on the ever-popular pool deck, the crowd seemed to enjoy every minute, frequently rewarding the performers with standing ovations or simply showing their appreciation by taking to the floor to dance.

Produced by StarVista Live, a company that shares the same corporate umbrella as Time Life (yes, the same Time Life that boasts those multitudes of hits collections that have graced TV screens for decades) -- and whose diverse array of cruise options include a Southern Rock Cruise, the Country Music Cruise, a Soul Train cruise, and the sixties-themed Flower Power Cruise -- Rock & Romance proved a stunning success its first time out. The ports of call in Cozumel and Key West (not to mention Celebrity Cruises’ ship, the Summit, with its superb service and its always ample buffet) provided added enticement to be sure, but it was also clear that the main draw was an opportunity to see an eclectic collection of ‘70s road warriors, all of whom were welcomed as if they were old friends. It was, in a very real sense, a homecoming of sorts, one that reached beyond the name associated with one of America’s classic albums to encourage a communal bond, a gathering of ‘70s survivors for whom the divide between past and present meant little, especially under these circumstances.

Likewise, the chance to mingle made the connection that much stronger, and though certain artists remained out of 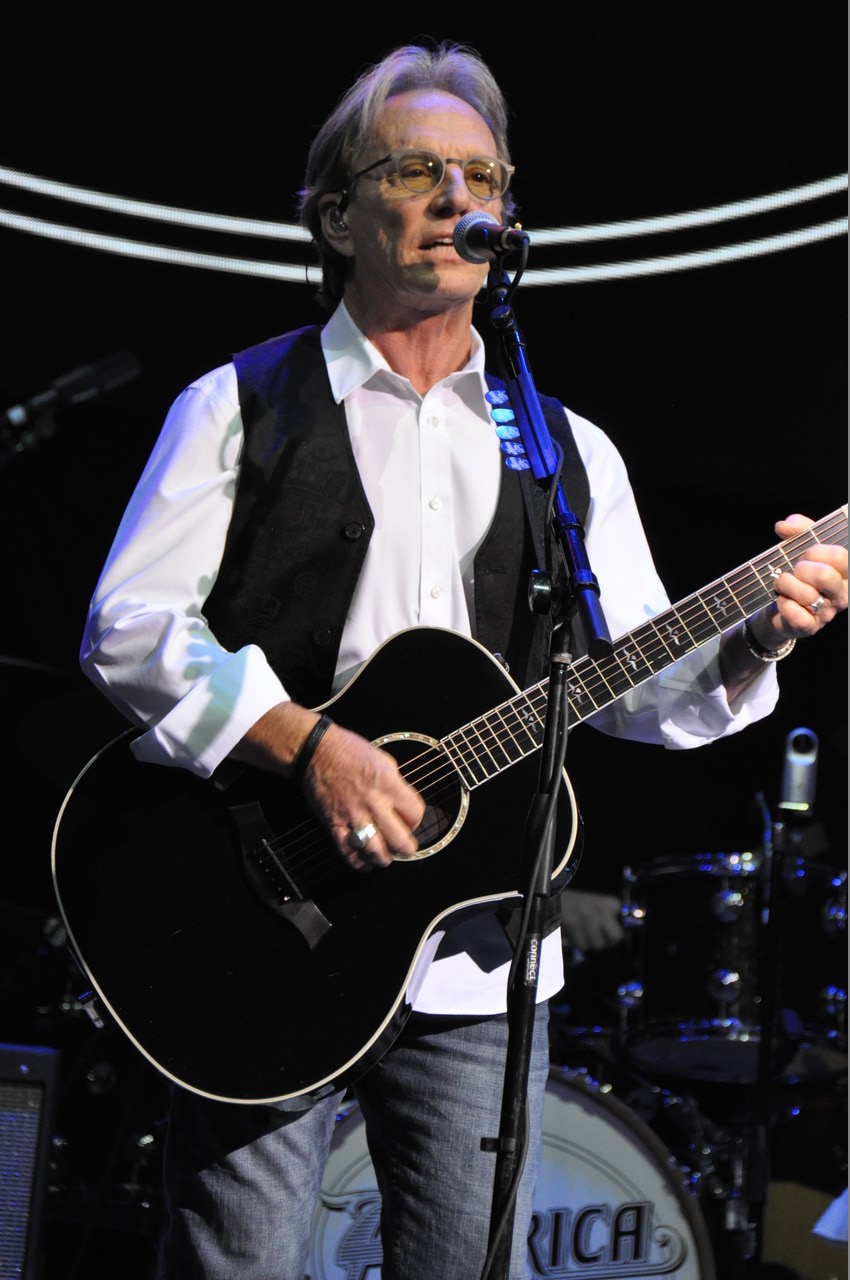 DEWEY BUNNELL (AMERICA)reach, others could be seen freely roaming the decks and open to selfies and conversation. Special guest Barry Williams, he of Brady Bunch fame, was as amiable as one might expect, and he made it clear from day one that he wasn’t camera shy or adverse to seizing on the seventies nostalgia. In fact, all the references were warranted, from frequent tributes to the likes of Cher, Stevie Nicks, the Bee Gees, and the Blues Brothers, to artists and ensembles whose main purpose was to celebrate the music of the Beatles and the Eagles while filling in the gaps between the headliner’s shows. Costume contests, which frequently found cruisers adorned in bellbottoms, fright wigs and attire befitting an evening at Studio 54, drew the more adventurous, with frequent disco parties providing opportunity to revisit their vintage moves.

While skeptics might dismiss the cruise as an exercise in themed theatrics, the real point was to put away one’s prejudices and inhibitions and simply succumb to the party vibe. There were certainly ample activities to keep the passengers entertained when the ship was at sea, but unlike many cruises, there was also opportunity to relax between shows without the need to hurry from one venue to the next. And even if some artists suffered minor setbacks -- a hoarse voice in the case of Stephen Bishop or over exertion on Chuck Negron’s part -- the audience’s enthusiasm never wavered. Even the aforementioned tribute bands -- Hotel California, who paid homage to the Eagles, and All You Need Is Love, whose repertoire drew not only from the Beatles, but from Bruce Springsteen, the Who, the Guess Who and various artists of that ilk who fit that era in-between -- received an enthusiastic response, suggesting that it was emulation and not necessarily imitation that added to their efficiency.

Given its initial success, the ‘70s Rock & Romance Cruise is poised to become an annual tradition, with several stars -- Styx, the Guess Who and Poco, among them -- already announced for 2018. So no matter whether one is 70-something or simply ‘70s oriented, it’s worth the trip back in time.

(For information on next year’s cruise, check out the company’s website at StarVistaLIVE.com .)