All Night Live Volume 1 by The Mavericks 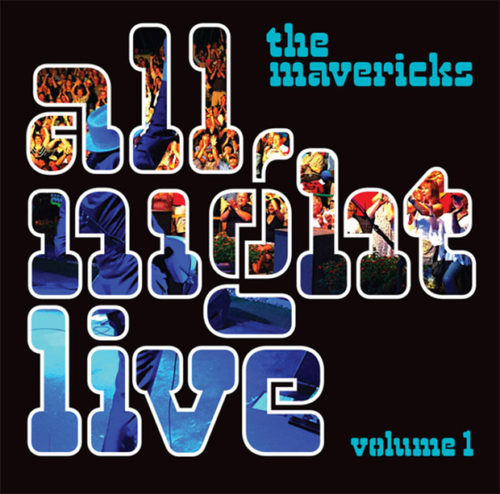 Following the Mavericks’ decision to regroup in 2012 after a bitter break-up eight years earlier, the band’s recent success has nearly eclipsed their accomplishments the first time around. For one thing, the record industry is no longer concerned with the division between country music that pushes at its parameters from the more traditional sounds found in the musical mainstream. For another, the Mavericks have furthered their own stellar reputation as a result of both their recent recordings and their exceptional live shows. All Night Live Volume 1 offers an apt summation of the band’s progress to date, culling selections that are mostly from more recent albums in an attempt to replicate the energy and excitement of a Mavericks performance. Anyone who’s seen their shows can attest to the fact that those elements are hard to capture on record, mainly because they’re such a visual ensemble. Nevertheless, the standout selections -- “All Night Long,” “Back In Your Arms Again,” “Dance In The Moonlight” and a tender cover of Neil Young’s “Harvest Moon” -- shine a spotlight on the band at their best, while offering further proof of some exceptional prowess. Easily among America’s best live outfits, their combination of classic country, rock and Latin influences results in the exuberance evidenced here. A sampler of sorts, it also elevates anticipation for the inevitable Volume 2.