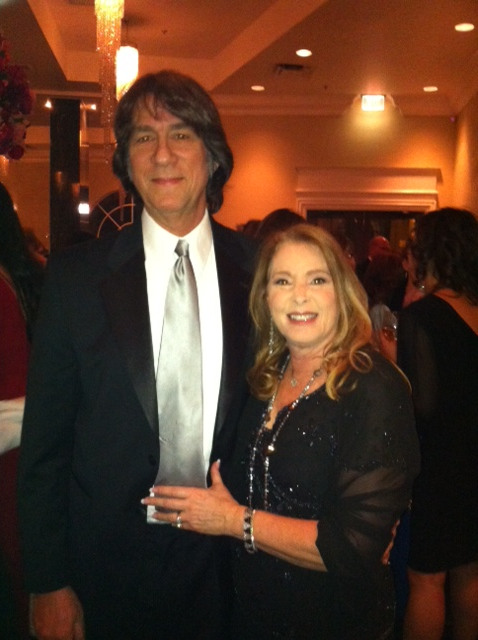 Lee Zimmerman and wife Alisa CherryLee Zimmerman has been an accomplished freelance music writer, reviewer, critic and blogger for the past twenty years. His work has appeared in No Depression, Country Standard Time, CBS Watch Magazine, Goldmine, Blurt, Country Standard Time, Bluegrass Situation, American Songwriter, New Times, Billboard, Keyboard Magazine and Performing Songwriter. He doesn’t make a lot of money writing, but it does bring him a steady influx of CDs and concert tickets, and allows him to interview many of his rock ‘n’ roll heroes. It also justifies the fact that he can keep a hairstyle best suited to a 25 year old surfer circa 1972.

Lee made his first entry into the record business after graduating from the University of Miami, landing his initial job at a record store across the street from campus. He remained there two years – interrupted only when he feigned a nervous breakdown so he could take the summer off to drive cross country with his roommate. Sadly, the record store is now out of business. He then went to work as a promotion representative for a succession of record companies – Minneapolis-based Heilicher Brothers distributors and the late great ABC Records, which gave him the opportunity to attend the first ever concert by Tom Petty and the Heartbreakers. He also played a key role in securing airplay for Jimmy Buffett’s first major hit, “Margaritaville.” Yes, you can blame him for the fact that it’s become something akin to a Parrot heads’ national anthem.

By the way, both Heilicher Brothers and ABC are currently defunct.

After spending the late ‘70s through the early ‘80s in the employ of Capitol Records, where he worked with such legends as Paul McCartney, Bob Seger and the Steve Miller Band. (Mention Lee’s name and you will be assured of getting a definite “who???” in return), Lee left the record business (or, more accurately, it left him after a series of upheavals) and entered the world of live theater when he was hired by the Coconut Grove Playhouse. He spent five years in its employ and managed to mingle with some of the greatest stars of stage and screen, Eli Walach, Tracy Ullman, Kaye Ballard and Tony Shaloub. He still has fond memories of Ms. Ullman referring to him as “David Cassidy,” due to his eternal shag haircut.

Sadly, the Coconut Grove Playhouse is now out of business as well. If you notice the emergence of a trend in Lee’s career, you’re not imaging it. Just don’t blame him... it has nothing to do with whatever he contributed.... or so he says.

Lee is happy to report that both stations are still in business as of this writing.

Lee is the proud husband of wife Alisa, sons Chris and Kyle and doggie children Pookie and Buddy.