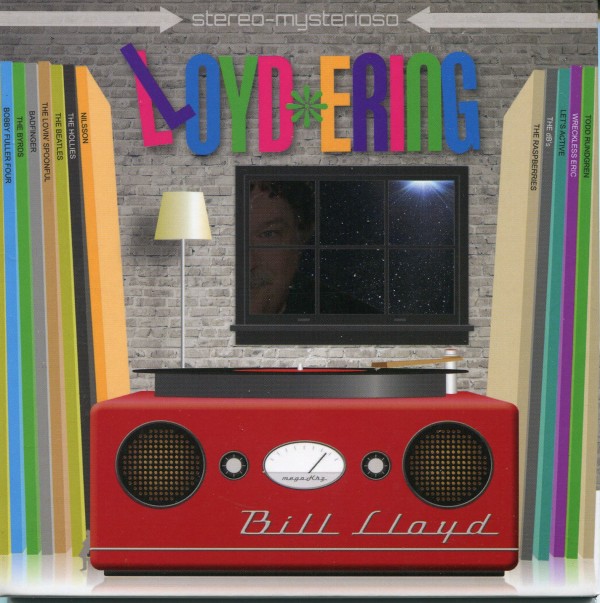 Bill Lloyd has an impeccable history, one that began when he co-helmed the pop country duo Foster and Lloyd and then continued into a solo career that’s seen him become one of the brightest and most inspired power pop purveyors of the past 20 years. That in itself ought to be enough to bring Lloyd the recognition he deserves, but his songwriting skills and production prowess have also brought him to the fore, making him a one man musical dynamo in every sense of the word. Lloyd’s latest finds him taking a step back by retracing the tunes that initially inspired him, songs by the Beatles, the Byrds, the Hollies, Harry

Nilsson, the Raspberries, Todd Rundgren and more, all rendered with the assurance and respect Lloyd’s work has come to epitomize.

Nevertheless, while the sources are well known, the material that’s chosen to represent them leans towards the obscure. The Beatles’ “Across the Universe’ is, in fact, the best known song of the set, while the Hollies’ “Step Inside,” Rundgren’s “I Don’t Want To Tie You Down,” Badfinger’s “Lonely You” and the like lean towards the obscure. Still, Lloyd has to be credited for both his taste and tenacity; not too many people would have the savvy to choose Wreckless Eric’s “(I’d Go the) Whole Wide World” or the dB’s “Neverland” as their sources. And while he doesn’t take pains to reinterpret the material, he does shine a fresh light on the original melodies while bringing them front and center. Interpret the title as you will, Lloyd- Ering is a reflection of dedication and devotion.