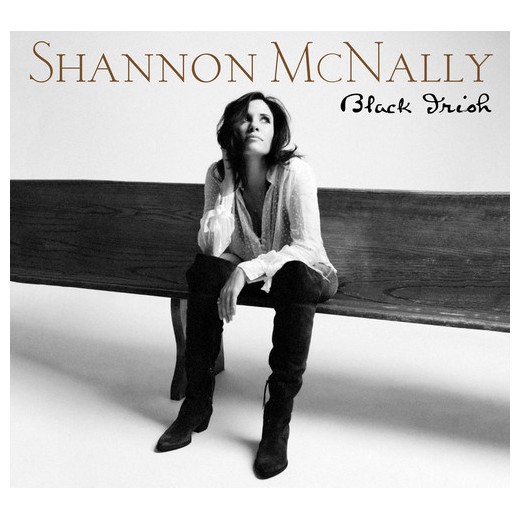 Having originated in the most difficult of circumstances -- after nursing her terminally ill mother and experiencing an exceptionally difficult divorce -- Black Irish exudes none of the disappointment and despair one might have expected to result from such an unsettling scenario. In fact, it comes across as one of McNally’s most assured efforts yet, no small accomplishment given her long and accomplished career. With Rodney Crowell at the helm and an all star cast in support -- Emmylou Harris, Beth Nielsen Chapman and Elizabeth Cook on backing vocals, Cody Dickinson, and guitarist Colin Linden lending their instrumental expertise -- McNally turns the album into a tour de force, one that expresses both her resolve and her resillience.

Of course having Crowell in the producer’s chair guarantees a certain amount of credibility to start with, and including songs by Stevie Wonder (“I Ain’t Gonna Stand For It”), J.J. Cale (“Low Rider”), Robbie Robertson (“It Makes No Difference”) and Guy and Susanna Clark (“Black Haired Boy”) also helps assure success. Still, it’s McNally’s sturdy, decisive vocals that make the decided difference here. Likewise, her original tunes prove every bit the equal of her cover choices, and when she rocks to the hilt on the boisterous “Roll Away the Stone” and turns her attention to some sinewy R&B with “Banshee Moan” and “I Went to the Well,” her poise and posturing are simply stunning.

There are other delights that await as well -- a soaring delivery on Bethe Nielsen Chapman’s beautiful ballad “Is That Love?,” a triumphant take on the Crowell original “You Made Me Feel For You,” and a transformative replay of the Band’s “It Makes No Difference” that’s as driven and determined as one might ever imagine. And when she strips Emmylou Harris’ tender “Prayer In Open D” into a plea for comfort and salvation, suffice it to say that she couldn’t be more convincing. With Black Irish, Shannon McNally ascends to the highest tier of Americana auteurs and guarantees she won’t be abandoning that locale any time soon.