Caspian Finds the Perfect Mix of Mood and Message 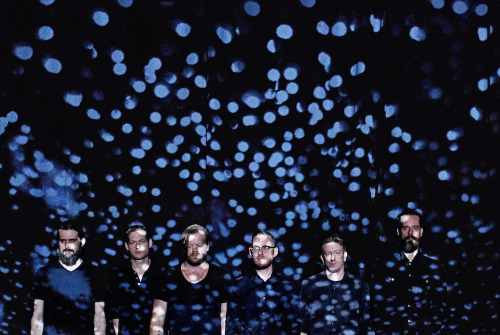 Some artists make music that requires their listeners to merely play the role of passive observers. Their lyrics offer a narrative that makes further involvement all but unnecessary, a disposable commodity that’s easily forgotten once those final notes fade away.

Caspian take a different approach. The Beverly Massachusetts-based band create an array of soundscapes that defy the norm -- almost wholly instrumental, they’re well stocked with atmosphere and ambiance, a suggestive sound that allows listeners to create their own narrative and adapt the music as its singular soundtrack. “That kind of projection is common to most creative art,” guitarist and founding member Phil Jamieson suggests. “That’s always been our goal, to allow the listener to transfer his or her thoughts to the moods the music conveys. They can project what they will. We think of it as something that can accompany whatever adventure they’re on.”

That’s a risky venture of course. Instrumental music isn’t always so accessible. And with their ever-shifting tones and textures -- a dramatic dichotomy of light and dark, silence and noise, melancholy and joy -- Caspian’s creative instincts demand more than simply experiencing it as passive entertainment. It’s made for immersion, a give and take between artist and audience in which the musicians share their observations and then leave it to the listener to interpret it as they will.

“We’re not trying to be mysterious or enigmatic,” Jamieson maintains. “We simply want to leave as much to the imagination as possible. We’re not trying to spread the gospel of the instrumental. We’re more than happy to engage with our audience, even if it means letting them go behind the curtain.”

The one thing they don’t want to do, he explains, is get in the way of their interpretation. It’s a curious dialogue, he observes. Ultimately, the conversation is most important.

Indeed, it’s been that way since the band first formed in 2013. Initially influenced by the so-called “post rock” contingent -- bands like Godspeed you! Black Emperor, Explosions in the Sky and the like, they originally had a singer in the line-up, but when he failed to turn up for their very first gig, they went onstage without him. Encouraged by the crowd’s reaction, they opted to forego a vocalist from that point on. Four albums later, they haven’t changed their tack, choosing instead to pour their emotions into their music as a kind of shared experience that’s open to both exploration and introspection.

“We’re just doing what comes naturally,” Jamieson explains. “Not that it comes naturally; I’ve spent many a sleepless night trying to figure out how to put these songs together. First and foremost, we’re a rock band. We rock one hundred percent of the time. However, we also have the duty and obligation to get better, and if that means incorporating new elements, that’s what we’re going to do.”

In the case of their latest album, last year’s Waking Season, that meant a first in the form of some limited vocals. However Jamieson insists that the band’s fans don’t mind an occasional swerve from the usual MO. “We didn’t take as much heat as we thought we would,” he recalls. “Our fans aren’t dogmatic. They accept what we do. We’ve always followed a single thread from day one, and that’s to keep pushing ourselves forward.”

That said, Jamieson says there are no immediate plans for a new album beyond the single  “Castles High, Marble Bright” that the band recently released. “It’s really demanding to put out a collection of songs that represent who we are,” he concedes.Yet that doesn’t mean that he’s not thinking ahead.

“I’ve got a lot on my mind,” he muses. “Making music is the way I express my thoughts and emotions. It’s an ongoing outlet. At the end of the day, I take heart from that. It’s a catharsis, the ultimate way of sharing what we feel.”