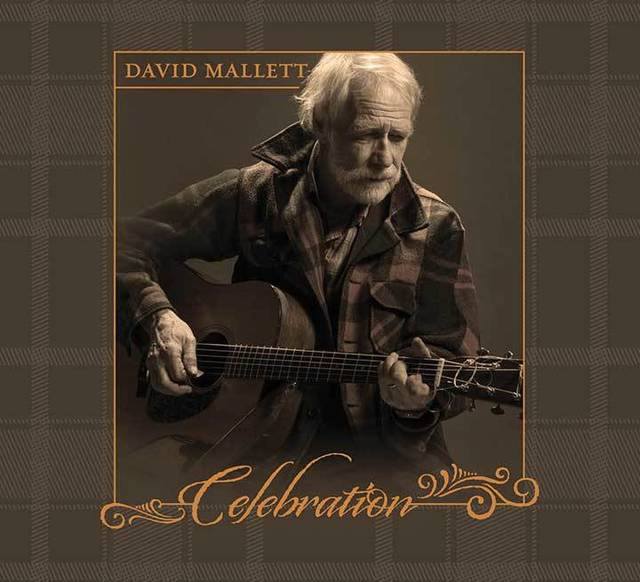 David Mallett has both the tone and the tenor to qualify him as an authentic folkie. His gruff-sounding vocals and unerringly sense of gravitas convey a rugged resilience typical of an old time troubadour, a sonorous sense of impending urgency that compels even a casual listener to lean in closer. So while Celebration doesn’t convey the absolute joy its title might imply, there is a kind of revelation that comes through in its weatherbeaten, hard edged delivery. That in itself is worth revelling in, given the credence and conviction that’s clearly at its essence.

Of course, Mallett’s been at this for a number of years now, further boosting his standing and his similarity to and amongst several other tattered troubadours, Gordon Lightfoot, the late John Stewart and David Olney, among them. With due respect to the others on that list, Mallett’s music is distinctive and distinguished in its own right - rich, riveting and full of circumspect. The melodies sound like they were hewn from traditional trappings, invoking an earlier era when the strumming of a guitar and a meaningful message were all it took to inspire conscientious listeners and invoke their inspiration.

Indeed, Mallett doesn’t waste time getting straight to the point. The title song rattles off a litany of society’s shortcomings with a sound that leaves no doubt as to his authoritative stance. Yet even when the subject turns to love and longing - as conveyed through “Girl With the Golden Hair,” “Ring For You” and “You Deserve the Best” - he’s no less determined and certainly every bit as inspired. These are songs instilled with eloquence and endurance, and they resonate accordingly. As a result, Celebration qualifies as an instant classic, the kind of album that can be cherished and appreciated with every successive listen.