Chris Isaak Defines Music As a Labor of Love 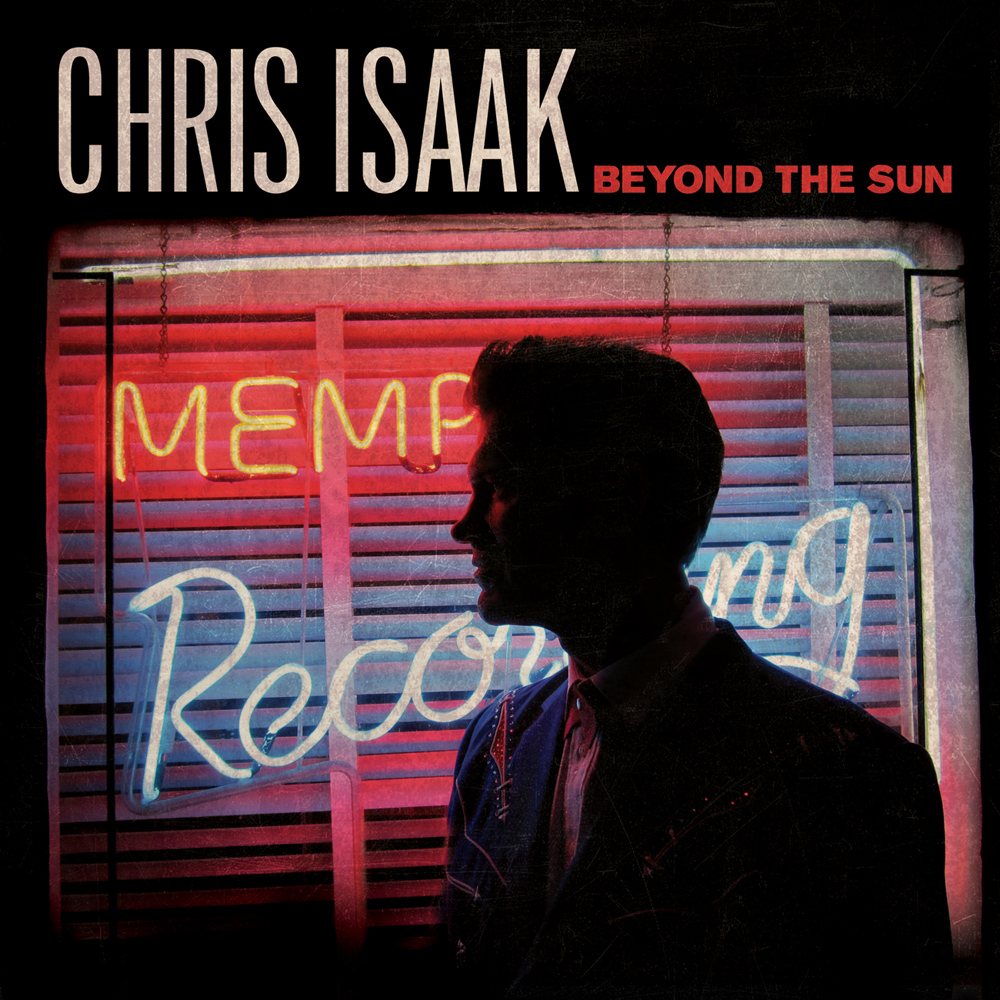 Chris Isaak is enjoying some rare down time when reached at home in San Francisco prior to a tour in support of his most recent album, a collection of rock ‘n’ roll standards dubbed Beyond the Sun. Not that he’s taking it easy; with a new offering to promote, Isaak’s engaged in a string of telephone interviews with enquiring journalists like yours truly. At the moment however, he’s a bit distracted. His manager’s playful Maltese has him in stitches, as its sprints and slides deliriously across the floor, as if  mimicking the surfers that brave the waves outside his windows. “You wouldn’t believe how hilarious he is,” Isaak effuses. “He’s really having some fun.”

Isaak should know. After all, celebration has always been inherent in his M.O., especially when it comes to emulating the sounds that moved him early on. That makes Beyond the Sun especially significant. For starters, it’s his initial offering for his new record company, the revered folk label Vanguard. For another, it’s a long-planned ode to his earliest influences, specifically producer Sam Phillips’ Sun Studios and its remarkable crop of Rock ‘n’ Roll pioneers -- Elvis Presley, Johnny Cash, Jerry Lee Lewis and Roy Orbison chief among them. Given that Isaak’s more or less emulated that music for nearly three decades, the album becomes an obvious byproduct of his reverence and admiration.

“I tried to go for a balance,” Isaak says of the selection. “I wanted to pick material the average listener would know. But I also wanted to use my expertise to say, there are a few things you might not know, but might really like.”

Granted, a number of the songs (“Ring of Fire,” “Great Balls of Fire,” “Can’t Help Falling in Love,” “It’s Now or Never”) are quite well known, especially to oldies enthusiasts.  Wisely then, Isaak chose to toss a few obscurities and a handful of originals into the mix.

“I hope that people go back and listen to those originals,” Isaak adds. “Hopefully someone will say, ‘I didn’t know this body of music was out there… but now I do.’”

“When we recorded it, we did it like they did it in the ‘50s,” Isaak recalls. “We cut it all at one time, everybody in the room, listening to each other. No overdubbing, because that’s cheating. Everybody got excited, and that made a big difference. I told the guys, “This is the way it’s going to be: If I’m singing good, you better be playing good, because if that’s my best vocal take, guess which one we’re gonna use?’”  In keeping with its vintage style, Isaak did his best to ensure an authentic ambiance. He took his longtime band –bassist Rowland Salley, drummer Kenney Dale Johnson, guitarist Hershel Yatovitz, pianist Scott Plunkett and percussionist Rafael Padilla –to Sun Studios to do the recording.

Over the course of his 15 critically acclaimed albums, Isaak’s smooth croon and unassuming attitude have positioned him midway between Roy Orbison’s brooding melancholia and Rick Nelson’s squeaky-clean sincerity. Indeed, it’s his everyman image that makes him so accessible, an assumption borne out in conversation. Along with his hits – “Baby Did a Bad, Bad Thing,” “Wicked Game,” “Somebody’s Crying” etc. -- his cool good looks have also fostered a budding acting career, beginning with cameos in such films as “Married to the Mob,” “Wild At Heart,” “The Silence of the Lambs” and “A Dirty Shame,” and leading to the title role in his own Showtime sitcom and an interview show on the Biography Channel. While he hints that acting is still a possibility, Isaak insists that the new album is his main interest now.

“This was the definition of a labor of love,” he says. “When my manager asked how many songs we cut, I informed her we were up to 38!’ And she sighed and asked, ‘Do you know how much it’s going to cost to mix that many?’”