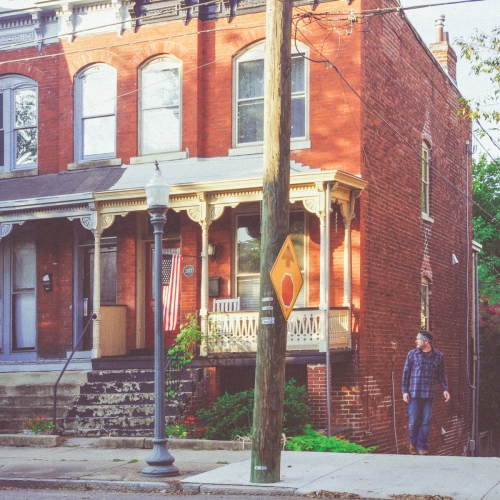 The nom de plum for singer-songwriter James Jackson Toth, Wooden Wand has been variously labelled nu-folk, freak folk, psychedelic and a variety of other similarly descriptive phrases, but with their their latest album, #Clipper Ship#, the sound they make is best described as simply sublime. Mostly a series of acoustic interludes of the vastly mellower variety, the album moves at a languid pace, and if songs like “School’s Out,” “Sacrificial,” “Mexican Coke” and the title track (a dead ringer for CSN when Crosby takes control) don’t exactly move at an, ummm, actual clip, then all the better to reflect on these sedate sounds. The gentler aspects of the music offers pause for reflection, a kind of twilight repose that makes these melodies sweet relief for tumultuous times. Toth takes the lion share of the instrumental duties here, but the subtle touch of cello, tabla, harmonium, and a cameo appearance by Wilco’s Glen Kotche infuse the atmospheric ambiance that’s so essential to the Wooden Wand’s mesmerizing melange. Though only seven songs long, at least two -- “Mallow T’Ward the River” and “One Can Only Love” -- offer multiple movements that provide opportunity to explore more exotic environs. When, with the final droning reprise of “Mood Indica,” Toth and company set their sites on the cosmos, it’s obvious that this dreamy journey has been well worthwhile.