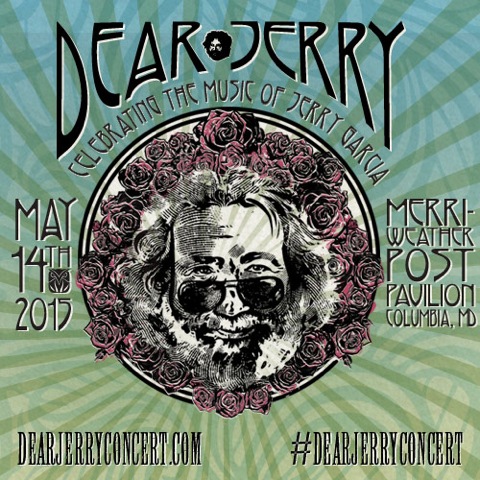 Recorded live last May, Dear Jerry benefits from having members of the Dead on board for the fun and festivities. That fact alone gives this tribute credence, resulting in a concert akin to Further, the Other Ones and the Dead itself, alongside various guest stars and fellow travellers who share a common connection. Having Lesh, Kreutzman, Hart and Weir on hand to replay “The Wheel,” “Uncle John’s Band,” “Bertha,” “Touch of Grey,” and “Shakedown Street” is, of course, a no-brainer, a tack that allows the ability to replicate the originals without added embellishment. Happily, the congregate achieves practically the same results using ringers like Jorma Kaukonen to cover “Sugaree,” Buddy Miller to do “Deal” and Yonder Mountain Band shaking up “Shakedown Street.” The fact that Garcia often covered the clasics opens up further possibilities, and here, songs such as “Shady Grove” and “The Harder They Come” are given added credence by featuring the artists originally associated with those songs, David Grisman and Jimmy Cliff, respectively. The fact is, there’s not a single selection in the entire bunch that doesn’t find a fit, making this collection every both credible and cohesive. Whether it’s enjoyed through a casual listen in 5.1 surround stereo or experienced by watching the DVD in high definition, Dear Jerry is a supreme celebration, a genuine love letter that pays tribute to Jerry’s genius.