Do Not Disturb by Van Der Graaf Generator 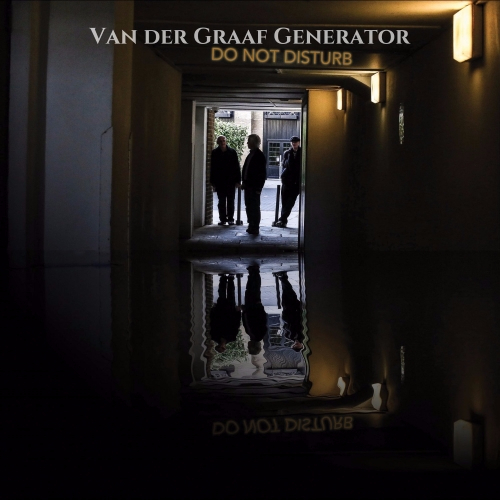 Van Der Graaf Generator were one of the more esoteric entries in the British prog rock sweepstakes of the late ‘60s and early ‘70s, a band whose erratic dynamic was steered by Peter Hammill’s melodramatic vocals and the lavish yet intricate accompaniment of bassist/keyboard player Hugh Banton and the ever-shifting rhythms of drummer Guy Evans. After various periods of disengagement and subsequent reunions, the core band is back with a new effort that proves as farsighted and ambitious as the early Van Der Graaf classics #The Aerosol Grey Machine#, #Pawn Hearts#, #H to He# and #The Least We Can Do Is Wave To Each Other#. Little wonder then that #Do Not Disturb# sounds so bizarre and belligerent at times and so elegiac and anthemic at others. There are moments of sheer cacophony -- the tangled tones of “Forever Falling” and “(Oh No! I Must Have Said) Yes” being prime examples -- and even on the less tenacious tunes, the band prove that they’re not necessarily intended for the faint of heart. These are challenging tunes at best, imbued with ambition, intensity and decidedly dark designs. Contrary to its title, #Do Not Disturb# might prove disturbing to those whose tastes don’t necessarily allow for introspection of intrigue, but for those that miss the adventure and ambition British prog rock once had to offer, it’s well worth the risk.