You might say that the annual Folk Alliance International conference is an embarrassment of riches. Where else can you find performances by literally hundreds of the most lauded names in folk, bluegrass, Americana and, yes, Grassicana? Where one minute you’re witnessing an in depth interview with Richard Thompson, the next, you might find yourself occupying an elevator with Jorma Kaukonen and John Gorka while witnessing them exchanging pleasantries. 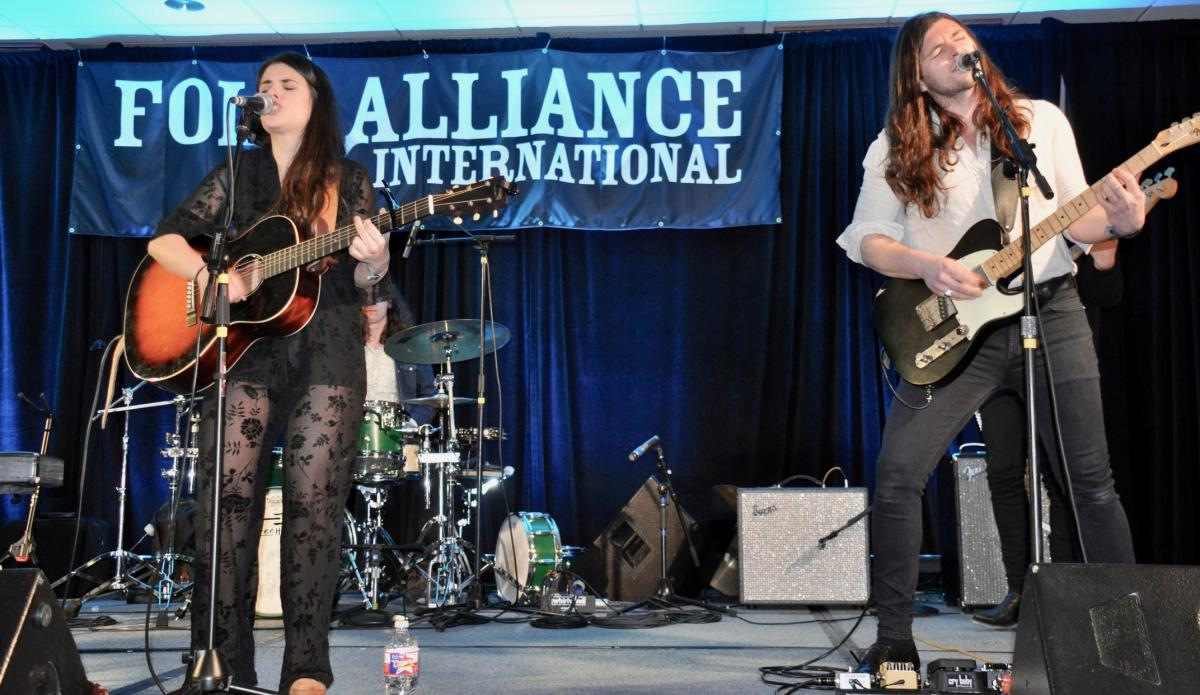 Indeed, it’s all about choices. Aside from the official showcases taking place in the conference rooms, the Westin Hotel gives over three floors of its guest rooms for private performances -- literally dozens of them festooned with special decor that reflects the niches, origins and personalities of its presenters. As a result, there’s a steady shift in performers every half hour or so. That of course necessitates a mad dash from one room to another in order to keep up with the schedule and try to catch a preferred artist. It becomes a race down endless corridors as one tries to hop around errant guitar cases and milling groups of eager onlookers, all the while checking out room numbers in order to reach one’s destination and still get a seat.

Think the first day of college in a new dorm. With the exception of towels bunched up under the door transoms to prevent the leakage of toxic odors of an illegal variety.

In truth, it’s all but impossible to catch all the artists one hopes to see. Even the best strategies and the time taken to reach a desired destination ultimately proves fruitless due to the sheer impossibility of getting from one floor to another in mere nanoseconds, while avoiding the necessity of leaving one show early and getting to the next one too late. Quiet is demanded and any distraction becomes the equivalent of a mortal sin. Amidst the hundreds of hastily posted signs adorning the hall walls are other notices making a constant admonition to lower voices so as not to disrupt the artist performances. That becomes especially key when one finds himself the only individual in a room watching a singer who gamely perseveres despite the seeming indifference that’s indicated by a nearly empty room.

On the other hand, many artists naturally command a larger draw, and in those cases, the chairs set up in makeshift theater style or a cozy bed that hasn’t been removed still don’t guarantee that late arrivals can be accommodated. It can make for a tight squeeze at times, and aside from trying to gain access to a table full of snacks, the need for agility as one slips between other observers and abandoned guitar cases stacked in the back of the room doesn’t always prove successful. 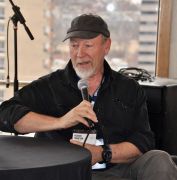 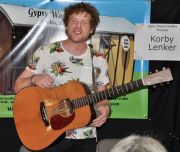 Then again, some rooms become a draw unto themselves. Dan Navarro’s Cantina Navarro went all out in its conversion to a south of the border honky tonk. Likewise, the Canadian compound plied its visitors with beer, wine and sweets. The Alaska room took on a reputation for rowdiness that affirmed the dorm type designs. After all, didn’t everyone have a favorite decadent destination that proved the ire of the RAs and duly determined hall monitors?

Inevitably though, the goal came down to a single mission, that is, to try to see hundreds of artists all gathered in one place. It was indeed, a music lover’s dream come true. At any given time, there could easily be a dozen artists that in other circumstances would equate to a series of no brainer preferences. However, in these circumstances, it made for seemingly impossible choices when it came to opting for one over another. Granted, they make multiple appearances, but even so, the possibility of catching them all, however fleetingly, simply defies the probabilities.

And then there were the personal favorites -- the delightfully quirky Son of Town Hall with old pal David Berkely, new pal Chuck McDermott, the all but impossible to define Banjo Nickaru & Western Scooches, the always infectious Roanoke, the dazzling Ruby Boots, and new friends John Blek, Ian Foster, Johnny Chops, and the Travellin’ Ones, all of whom created lingering impressions that last far beyond the festival formalities. 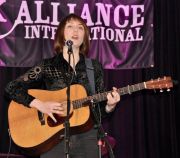 Take a breath. That was only day one. And a small percentage of the actual lineup at that.

In fact, any FAI conference is a nonstop affair. Between the lectures, the award ceremony hosted by Ruthie Foster, the many workshops, the well-stocked exhibit hall with all its freebies, andthe other festivities stacked into a celebration marking the FAI’s 30th anniversary summit, even finding time to squeeze in a meal becomes a daunting challenge. Indeed, everywhere you turn, there are old friends to catch up with and new acquaintances that are bound to create bonds for life. One moment, there’s a chance encounter with two members of the legendary Slambovian Circus of Dreams, and the next, a welcome reunion with an industry veteran you haven’t seen in more than 40 years.

It’s that kind of homecoming which makes FAI seem more like a family reunion than merely a festival event. And indeed, the shared emotions that bind the participants exude certain sentiments held in common. When Mary Chapin Carpenter addressed the crowd on the final full day of festivities, she spoke about the inclusiveness that this music invites, whether it’s borne from the American heartland or stirred across the sea. Likewise, when speaker after speaker extolled the virtues of fairness, equality, mutual respect and carrying on the fight for justice that folk music has always traditionally championed, there was no denying the feeling that everyone was in this thing together, and that our hearts were linked by a common cause.

For me personally, the emotional turning point came when Peter Mulvey sang a stirring version of what is undoubtably my favorite folk song of all time, “Shenandoah.” As my eyes became moist with tears, I couldn’t help but reflect how fortunate I was to be a part of this very special gathering.

Ultimately too, I began to realize that it’s not about lamenting who one doesn’t get to see, but rather celebrating the fact that in total, we were able to witness so many great artists who make this gathering and the various regional confabs a priority in terms of their tour schedules. Yes, there’s South By Southwest, the Americana Music Fest, Stagecoach, Big Ears, Bonnaroo, Merlesfest, Mariposa, IBMA, and many more, but one would be hard pressed to find any festival that offers the wealth of amazing talent that’s found here. It’s also a nod to FAI’s stature that several of the aforementioned festivals -- Merlefest, IBMA, Americana, and SXSW in particular -- were well represented.

Next year, the annual gathering moves from Kansas City to Montreal, an apt choice considering the international array of artists that attend. Yet, everyone owes Kansas City their thanks for opening up their hotels, restaurants and venues to the annual throngs. This year, as in years before, the city showed off its cultural gems. Aside from the Folly Theater where this year’s awards ceremony took place, a visit to the Nelson-Atkins Museum of Art, which is housing a Picasso exhibit, provided an offsite highlight.

No doubt Montreal will have as much to offer, making anticipation for next year’s conference as much of a factor as appreciation for the years past. I, for one, can hardly wait.