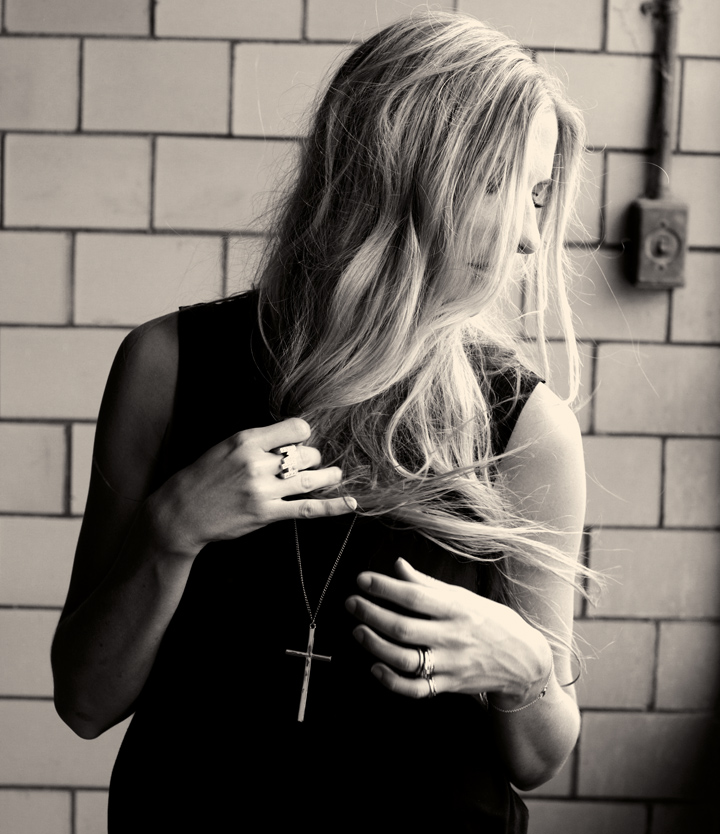 Although the offspring of a famous family, she insists on doing things her way

Holly Williams is obviously not feeling well. “Would you mind if we postpone our chat?” she asks apologetically, barely able to restrain a coughing fit that’s clearly gotten the best of her. No problem, we reply. Knowing her voice is essential to her stock and trade, sympathy is assured.

It’s definitely rare to find Williams to be less than her best. Yet, at the same time, given her family pedigree -- her grandfather, the legendary Hank Williams, and father, Hank Williams Jr. established a country music dynasty, while her brother, cow punk upstart Hank III has broken barriers of his own -- she could have easily coasted along while reaping the benefits of hereditary. “I never think about it as much,” she demurs once we reconvene. “I love both of their music. I’m super proud to be in the family.”

However, as her new album The Highway suggests, she’s always been adept at plotting her own path, staking her name and reputation on individual achievement. After racking up three albums, achieving two major label affiliations, owning and operating a renowned high-end Nashville boutique called H. Aubrey, and maintaining a food and lifestyle blog, www.theafternoonoff.com, it’s apparent Williams is not only a whiz when it comes to multitasking, but an exceptionally capable entrepreneur as well.

“I try to balance it all, especially with the music,” Williams insists. “At the end of the day, my touring and my music life reign over everything. My husband has been complaining lately – rightfully so – that I seem to work from the time I wake up until the time I go to bed.”

In recent months, Williams has been more active than ever. Aside from preparing her new album, contributing to 2011’s The Lost Notebooks of Hank Williams (a compilation of her grandfather’s unfinished material produced by Bob Dylan), and participating in Let ‘Em In, an upcoming tribute to Linda McCartney, she also oversees her own label, Georgiana Records. “I like to call it ‘exciting stress,’” she says of the latter. “Sometimes I think I’m going to have a crying breakdown. I find all these little things that I never thought about before – photo shoots, album artwork, release dates -- but in the bigger picture, I’m glad to have control. I’m so much more involved in a day to day basis than I was with a major label because there isn’t that disconnect. I love that. It feels like such a natural thing.”

Nevertheless, Williams’ trajectory hasn’t been easy. In March 2006, following the release of her first album, 2004’s The Ones We Never Knew, she was involved in a near-fatal car crash that severely injured her arm and forced her sister to undergo a series of 29 surgeries. The follow-up, Here With Me, wasn’t released until June 2009, but it plunged her into an extensive period of touring and television appearances to promote the new effort.

“After the accident, I didn’t really know if I’d ever be able to go out on the road again or whether I’d even be able play. But after having that kind of near death experience, it makes you want to live every day to the fullest. It sounds like a cliché but it’s so true. So I took a break for a while, got married (to fellow musician and long time collaborator Chris Coleman), spent time at the store and reassessed. I really thought I’d adapt to the family mode, but the highway came calling again. I can never get away from that live performance because I love telling stories through my music and playing new songs for people. Music will always be first for me.”

Of course, given her famous surname, the need to make music is practically mandatory. “If anything, it’s kind of a challenge,” she says of her legacy. “There will always be people who say, ‘Oh, of course, you’re a singer.’ Yawn. With the first record, I got comments like, ‘She’s just another famous person’s daughter.’ So you just have to keep proving yourself over and over, letting people know that this is in my blood, this is real. I’m not just doing this because my dad and grandfather did it ... I’m different. I’m following this kind of folk, Emmylou Harris kind of career path. I’m not wearing a cowboy hat and going to country radio. People might compare me to my grandfather, but no one can really live up to that.”

Nevertheless, Williams makes it clear she’s perfectly content making her own music and unwilling to dwell in the shadow of her forebears. “It’s funny -- I’ve had two albums, I’ve been touring forever, I’ve had critical acclaim, but yet I feel like this is my first album in a way. I’m re-introducing myself and telling people that it’s real this time. I’m not going to take another four year hiatus. I have part of the next record written already. This is number one for me... being on the road and playing songs. It’s about letting people know I’m back. I’m a travelling singer/songwriter and the music will keep coming.” – Lee Zimmerman

Listen to the complete Holly Williams interview with Lee Zimmerman.  This is a sample which will be available to Subscribers! only.  Coming Soon!