Hustle Up Starlings by Matthew Ryan 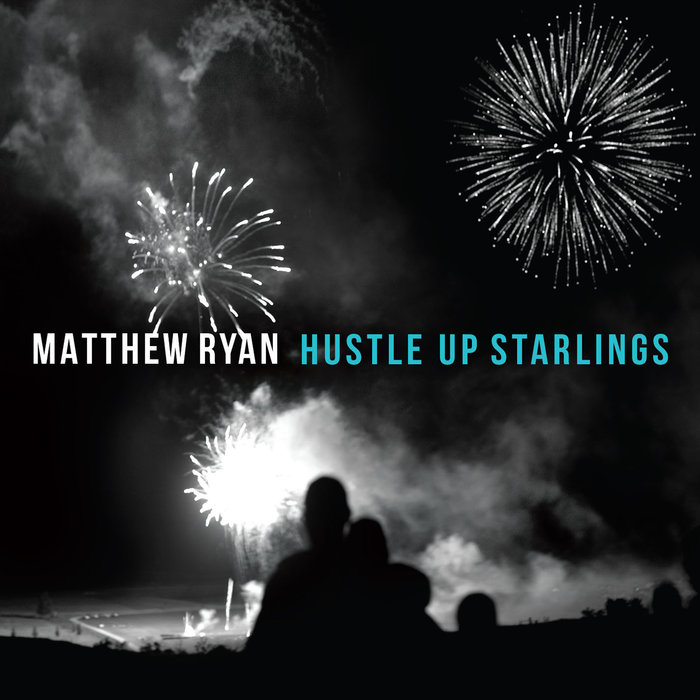 Matthew Ryan’s built his career by creating an elusive sort of sound. Despite his knack for weaving ambiance and allure, his melodies have often resonate just out of reach. The moody nature of his work may be partly to blame, but a closer listen reveals a quiet allure that quickly and unexpectedly captures attention even in the midst of Ryan’s otherwise reclusive intents. Think Leonard Cohen or Joni Mitchell in their most meditative stance. Shadowy, fleeting and often underplayed, his songs resonate, not in the way that necessarily results when choruses are stacked over verse, but rather, in the uneasy impression the music leaves its slow build and pulsating tempos. It’s that aural imagery that’s made Ryan such a fascinating figure, even when more hummable content is buried deep in the mix.

Still, even with a recording career that dates back some 20 years, Ryan hasn’t made much progress in achieving the ready recognition he deserves. So while Hustle Up Starlings is typical of his efforts overall -- quietly compelling, hushed yet harmonious, seductive, nocturnal with a unique signature and dynamic -- it’s also mesmerizing to a fault, a superb example of Ryan’s powers of seduction and the inherent beauty that consistently colors his work. At occasional intervals he adds some tempo to the proceedings, but even in those instances, it’s introspection and not exaltation that dominates.

On the otherwise upbeat “(I Just Died) Like an Aviator” he moots his intents:
“God I’m a wreck Rock ’n’ Roll My oh my The same thing that makes you live
Can bury you alive”

Likewise, the heady “Close Your Eyes” also references a sad state of mind:
“Got twisted up and low
A little insane
I watched everything I love
Circle the drain.”

Then too, the title of the album’s most upbeat offering, “Bastard,” speaks for itself.

It’s this obvious disparity, this yin and yang, this tortured temperament that forms the root of Ryan’s resolve. For all his introspection, he’s still capable of making music that radiates with both a glow and a groove.