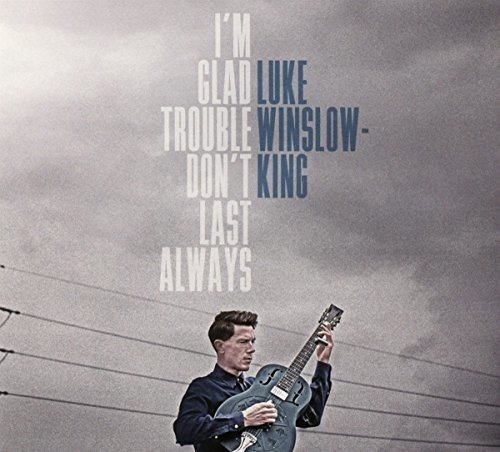 With five albums to his credit, Luke Winslow-King has sought to establish himself as a journeyman musician of exceptional reverence and humility. Nodding to such indelible influences as Ry Cooder, Gary Clark and other artists whose sentiments tend to be both personal and profound, Winslow-King shows his ability to dig deep into his own psyche and make music that rings with shared sentiment.

With I’m Glad Trouble Don’t Last Always, the New Orleans-based blues singer, songwriter and guitarist taps into the heartbreak that etched its way deep into his soul following the dissolution of his marriage. Written and recorded while on tour overseas, the songs tap the sounds of his native environs while drawing their lyrics from the various stages of his grief. The easy amble of “On My Way” and “Esther Please” belie the betrayal and sadness that lie at the core of those engaging entries. The anger infused in “Act Like You Love Me” is easily at odds with the its smooth groove and crisp, confident delivery. Yet, when Winslow-King name checks the dark, brooding titles of several Hank Williams’ classics on “Heartsick Blues,” it’s also apparent that the ache and anxiety he feels is still palatable and personal.

All is not lost however; when Winslow-King sings “no more crying today,” the persistent refrain from the song of the same name, redemption still seems within reach. Musically, expressive and thematically sound, I’m Glad Trouble Don’t Last Always is as promising a pronouncement as its title suggests.