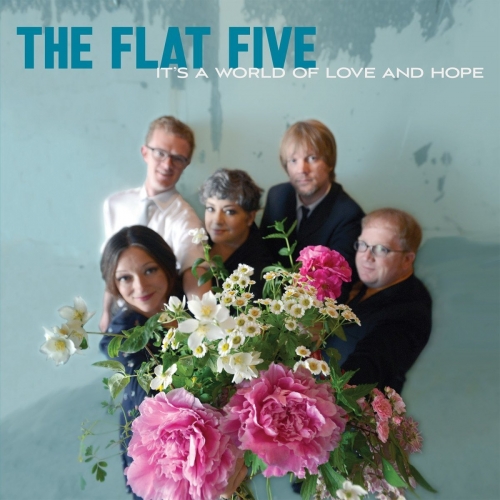 If ever an album lived up to its billing, then It’s A Wonderful World of Love and Hope does that and more. Cheery and effervescent to a fault, it’s stacked with giddy love songs, while propelled by a sway and sashay that’s irrepressible and infectious. A conglomerate that includes at least two notables among their ranks -- Kelly Hogan and Nora O’Connor -- it’s far from the sometimes contentious conceit those occasional insurgents are capable of purveying on their own. Pleasant may be the most perfect way to describe these proceedings, but the emotions are contagious, especially on the sugary and saccharine “I Could Fall In Love With You” and the samba-centric “This Is Your Night.” Light and fluffy to a fault, the songs convey simple sentiments, and if the impact isn’t exactly emphatic, the results are consistently engaging. The sweetness conveyed in songs like “Florida,” “Bottom Buck,” “Bluebirds in Michigan,” and “Birmingham,” not to mention the lithe amble that underscores tracks such as “Buglight,” “You’re Still Joe” and “Almond Grove” (complete with its “la la las”) all but ensure an instant embrace. This one-off combo ought to make it their mission to obliterate the cynicism and skepticism that’s infected the planet and based on the feathery feel of this debut, they just might just be the ones to succeed.