Live at Morning Star by Idlewheel 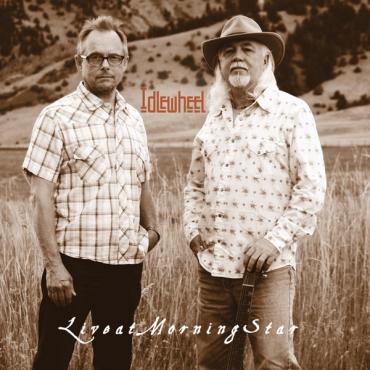 Despite the fact his tenure in Poco encompassed the group’s twilight years, Jack Sundrud brought skill and credence to his role as the reliable remaining foil for frontman Rusty Young. Indeed, after 30 years as “the new guy,” Sundred deserves far more credit that he’s received so far. His dedication to the brand was always assured, and after the departure of the other “veteran” member, Paul Cotton, he gave Poco added life long after they passed their prime.

Even apart from Poco, Sundrud’s reputation is well respected. Beginning with his first successful band, Great Plains, he began earning the kind of attention Nashville adores. He’s toured with such venerable Music City staples as Vince Gill, Gail Davies, The O'Kanes, Nicolette Larson, and Kathy Mattea, and scored hits as a songwriter for the likes of Ty Herndon, Kenny Rogers, The Judds, and The Persuasions.

While these achievements tend to overshadow Sundrud’s efforts as a solo performer, it only takes a listen to his individual efforts, either on his own or with his occasional partner Craig Bickhardt in the band Idlewheel to realize he’s also fully capable of taking the helm. The duo’s latest outing, , offers an ideal showcase for both men’s talents, and while the setting is stripped down -- the two singing accompanied by acoustic guitars and the lithe rhythms of drummer and percussionist Tommy Geddes -- these performances are so exacting and emotive, they’re compelling all the same. The duo’s rendition of “It Must Be Love,” Sundred’s number one hit for Ty Herndon, seems to soar on the strength of the shared vocals, but “These Bones” and Sundrud’s touching “Father’s Day” are also able to elicit emotional response. Yet most of the material isn’t recycled,but there’s not a single song here that doesn’t sound committed and inspired. If Idlewheel wanted the ideal demo for record label consideration, Live at Morning Star could completely and convincingly suffice. A dark horse of an album, it more than deserves to reap them proper recognition.