Live at the Greek Theater by Joe Bonamassa 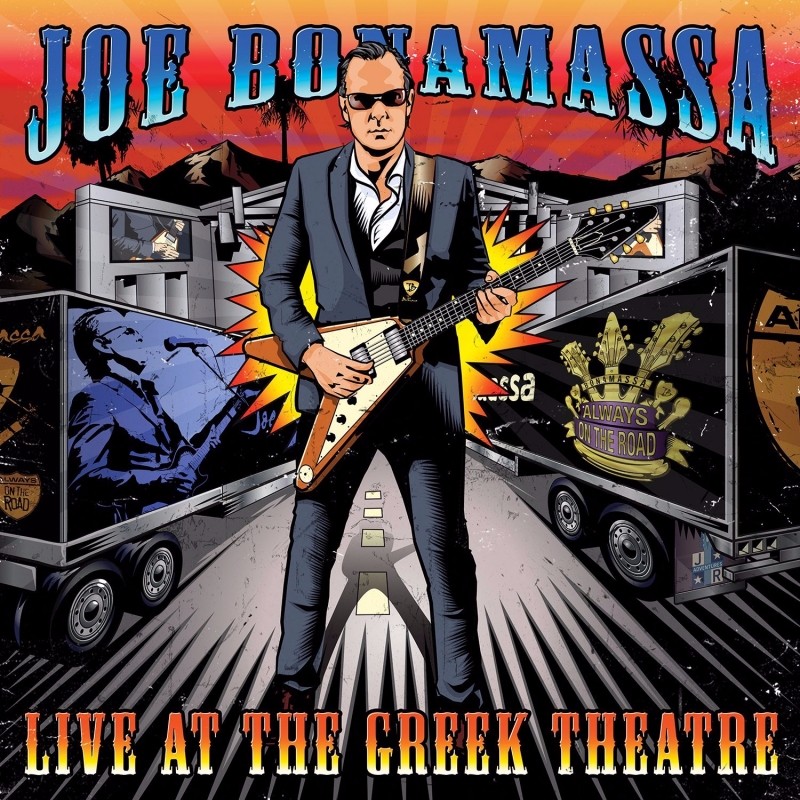 In many ways, Live at the Greek Theater restates the obvious. Live albums tend to be like that anyway, although they’re also best when they uncover a new facet to the artist’s creativity that pushes the parameters. Technically, the album is flawless, and if Joe Bonamassa’s seemingly rapid rise to blues’ upper echelons where the great guitar slingers reside was any surprise, the reasons are made perfectly clearly here. Of course, Bonamassa’s no newcomer; his career began at the age of 13 when he opened for the late B.B. King. However, it’s only in the last few years that he’s made his mark with the populace as a whole. This double disc finds him opting for an orthodox approach -- in this case, lots of big band flourish and wailing riffs in the midst of the brassy back-up. He pays homage to the three Kings -- B.B., Albert and Freddie -- choosing songs that were integral to their individual careers.  “Oh Pretty Woman,” “Hummingbird,” “Going Down,” “The Thrill Is Gone,” “Born Under a Bad Sign” and “Let the Good Times Roll” are the obvious standbys, with an inexplicable take on “Ole Time Religion” adding some surprise to the proceedings as well. Still, that’s the only unexpected offering in a set that’s mostly standards. Closing the album with a new studio track, John Hiatt’s “Riding with the Kings,” adds embellishment, but then again subtlety is hardly the focus here. An apt summation of the story thus far, it offers Bonamassa a reason to advance onward.