Live In Finland 1971 by Fairport Convention 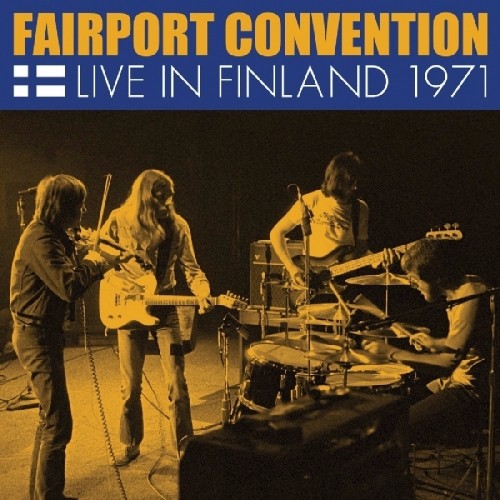 With a musical legacy that dates back nearly 50 years, there’s not enough that can be said about Fairport Convention’s role in reshaping traditional British folk music as a modern means of contemporary expression. They were, after all, the band that literally invented folk rock from the English perspective, and while they initially took their cue from America’s burgeoning West Coast sound -- the Jefferson Airplane in particular -- they quickly evolved into one of the most influential outfits of their era. The band’s gone through numerous permutations over the years, even to the point of completely fragmenting on more than one occasion, but they’ve always managed to bounce back and remain an essential outfit regardless.

When #Live in Finland# was recorded in 1971, the group was at the tail end of their creative peak. Having already released the landmark #Leige and Leif# and #Full House# albums, they had suffered the debilitating losses of singer Sandy Denny and guitarist Richard Thompson, the two most notable musicians in their collective musical stable. Nevertheless, the quartet that remained ably stepped into the breach and continued to carry on in a way that upheld the high standards established in those years prior to their principals’ departures. The album produced by this quartet -- consisting of singer/fiddler Dave Swarbrick, guitarist/vocalist Simon Nicol, drummer Dave Mattacks and bassist Dave Pegg -- was #Angel Delight#, an effort that now viewed in retrospect, remains as important to Fairport as any in their canon.

#Live In Finland# offers a rare opportunity to hear several of those recent tracks performed in concert, and the band’s lively, if occasionally ragged, delivery demonstrates a brash confidence and dexterity that belies the personnel losses they incurred only months before. Indeed, it boasts some of the best songs of that prodigious period -- “The Journeyman’s Grace,” “Sir Patrick Spens” and the indelible “Matty Groves” in particular. The playing is superb, from Swarbrick’s frenzied fiddle to Mattack’s precise percussion, and that in itself makes this a necessary addition to Fairport’s classic catalog. Fans of the band take note. It’s all but essential. Those unawares ought consider acquisition as well. Because as always, Fairport remains a forever extraordinary institution.