Made in Brooklyn by John McEuen 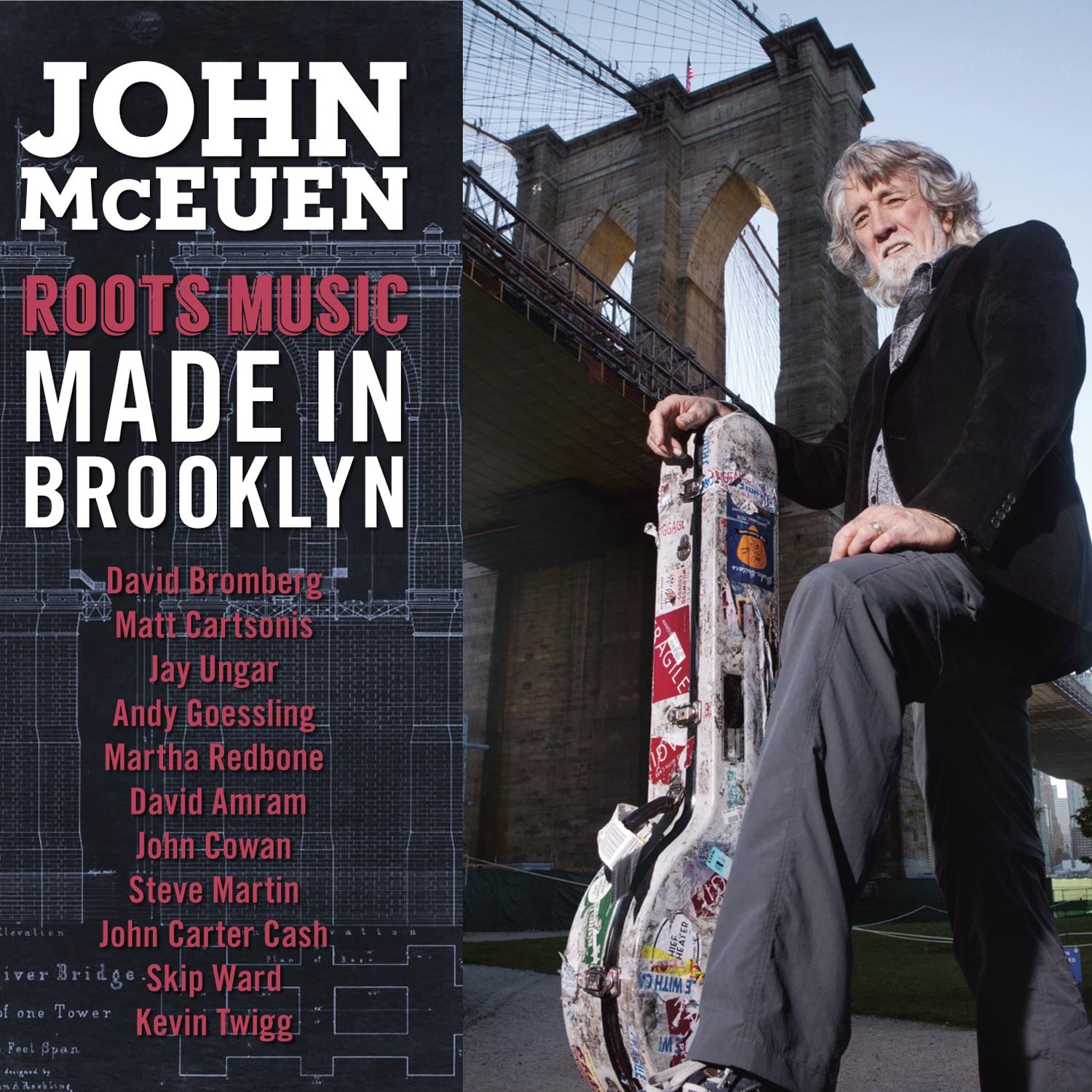 John McEuen is not only an amazingly dexterous musician, but he’s an affirmed archivist as well. That became apparent some 45 years ago when he helped assemble some of the living legends who had propagated the realms of country, folk and traditional music and then introduced them to his ensemble, the Nitty Gritty Dirt Band, leading to the iconic Will the Circle Be Unbroken album and its fusion of old and new Americana music well before the term came into popular usage. While the majority of McEuen’s 50 year career has been chiefly devoted to the Dirt Band and its steady course forward, he has ventured outside the band’s realms for an occasional solo excursion. Nevertheless, his latest individual effort, Made In Brooklyn, may be the best example yet not only of McEuen’s reverence for his roots, but also of his determination to carry on the legacy NGDB has continued to sustain for more than 50 years. A revisit to their classic “Mr. Bojangles” adds new eloquence and assurance (a conversation about the song’s origins ends the album), while covers of such classics as “She Darked the Sun,” “I Still Miss Someone,” “Acoustic Traveler” and Warren Zevon’s “My Dirty Life and Times” melds an authentic acoustic tapestry with a contemporary treatment that further enhances their vintage origins.

To his credit, McEuen enlists a remarkable cast of musical collaborators to realize his vision -- among them, David Bromberg, Matt Carsonis, Jay Ungar, David Amram, John Cowan, John Carter Cash and longtime pal Steve Martin. Their singular contributions add to the air of authenticity and make Made InBrooklyn a remarkable collaborative showcase. Recorded at an old church in Brooklyn, the album reflects the spirit and spontaneity that originally took flight with Will the Circle Be Unbroken, proving that despite their age and origins, great music of a revered pedigree will never go out of style.