Say That Now by Ana Egge 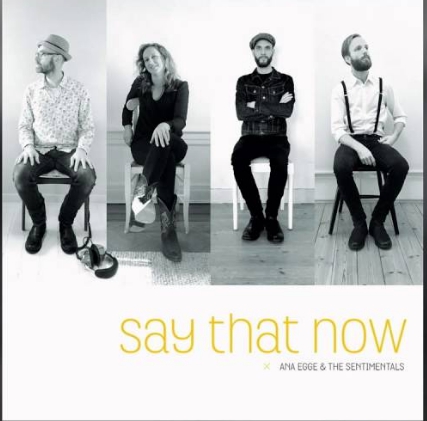 Some artists live through their music. Ana Egge, on the other hand, has actually lived her music. Having grown up on a small farm in a remote region of North Dakota, she learned the ways of the world from a very specific point of view. Her parents were hippies who escaped the city to live off the land. Alfalfa sprouts and tofu were essentials. Shoes were not.

Little wonder then that Egge’s Americana credentials have always been impeccable. Her 2015 release, Bright Shadow, found her int he company of the roots trio The Stray Birds for a set of songs that explored with what’s best described as a mix of “American prairie folk mixed with “clarion country songs.” That said, it’s somewhat curious to find her journeying to Denmark to collaborate with an indie outfit known as the Sentimentals to further that purpose so far from these shores. Happily then, while Say That Now stretches her geographical parameters, it stays within the same stylistic bounds regardless. If anything, the arrangements are more driven and didactic, the delivery even more resolute. Opening track “Take Of My Dress” is especially emphatic, but even the sobering “Promises To Break” rings with an incisive intent that belies its traditional country sway. There’s not a single song here that doesn’t ring with the wholehearted conviction that these richly woven songs deserve. Credit’s due the Sentimentals no doubt, but Egge herself has elevated her own energy and brought her demonstrative vocals to bear throughout.

Eight albums on, Egge’s at the peak of her form, a mature, emotive artist who sings ageless songs that sound intrinsically tied to tradition even in a contemporary vein. The songs “The Girl From the Banks of Ohio” and “Still Waters Run Deep” serve as this album’s prime examples. It’s a timeless quality few artists are able to muster, but Egge is clearly capable of making music that’s both introspective and affecting, a rare combination indeed. Little wonder then that Say That Now states that so emphatically.