Allen Tate Talks About Life Within and Without San Fermin 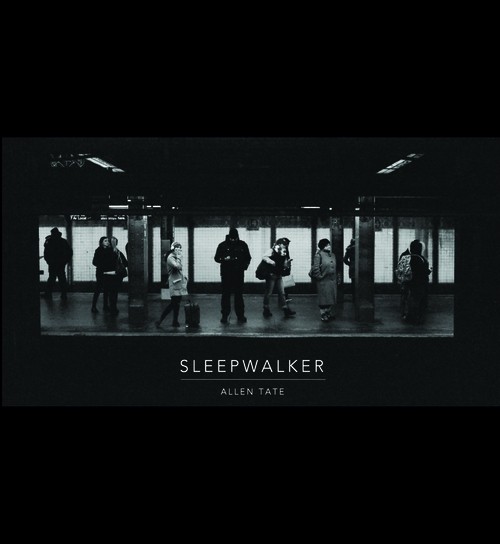 It’s safe to say that Allen Tate takes his work seriously. So when he finally made the decision to record his own album, Tate, whose day job is singing for the band San Fermin, opted to wing his way to Copenhagen and spend three weeks in a place where he knew no one and no one knew him. That, he reasoned, would provide him with the ability to concentrate on being creative without any unnecessary distraction. Fortunately, the strategy seems to have worked out well. The result, Sleepwalker, sounds like an album brewed in isolation -- moving, melancholy and informed by an otherworldly ambiance.

“It was hard to get started,” he admits. “When the band is touring on an album cycle, we play close to 200 shows a year. Before this last break, we had played at least one show every month since September 2013. So it was a question of where there was space to write and get the project off the ground. So in the fall of 2014, I took the trip to Copenhagen between these two really intense tours. We had four weeks off before the next tour, which was also going to be really intense, so I took three of those four weeks and went there by myself.  I chose Copenhagen because it was far away, I didn’t know anyone there and I wanted to be isolated while I was writing. I was a philosophy major, and so maybe I was over thinking it. Bt to me, spending three weeks in a country where no one was going to talk to you unless you talk to them first was an appealing idea.”

Tate’s immersion in music wasn’t something he had ever really expected. Although he and the band’s appointed leader, Ellis Ludwig-Leon, had known each others since they were teenagers, by the time he finished college, he had, in his words “made peace with music.” He made up his mind that he would practice law and so he subsequently took an internship with a legal not-for-profit organization made that his mission.

“I figured that maybe I’d just play locally, get a guitar and do music as a hobby,” Tate recalls. “So when Ellis asked me to sing with the band, it was pretty much unexpected. And I hadn’t thought much about making an album of my own. I had put songwriting down for awhile, after being around so much other music and all the touring and stuff like that.”

Nevertheless, Tate came to see his overseas sojourn as an opportunity work on his writing, although he concedes that he also had unreasonable expectations. “I thought I’d write two songs a day, but that was not the case,” he reflects. “I think I had been overstimulated, going from being an intern and studying law to being part of this band and touring the world. It doesn’t give you a lot of time to be by yourself. I was dealing with this new life. So I ended up writing only four songs for the album and a couple I didn’t end up using. That’s all I came back with, but it felt like at least I had made a start. It would have been harder not to develop it than leave it behind altogether.”

Tate continued to write during the band’s breaks and eventually finished the record with Ludwig-Leon and San Fermin bandmates, drummer Michael Hanf and guitarist Tyler McDiarmind. “I’m not a virtuoso musician and my skills are rudimentary at best, so I would play things over and over until some little piece would get stuck in my head and it would be good enough to keep,” he explains. “Then I’d go to the next thing. It’s about getting together enough little pieces until you get the right reaction in your brain and then you think, ‘That’s what comes next.’ Or, you get a certain turn of a phrase and it seems odd in just the right way.”

For the most part, Tate credits his synergy with Ludwig-Leon as the impetus for bringing the project to fruition. “Creating that atmospheric stuff, where you really feel the space, was important to me,” he reflects. “The one who really helped shape that was Ellis. We’ve known each other since we were fifteen, so when we work together, it’s almost by intuition. I’d do a crude version of the song and explain the feel that I was looking for. Sometimes I’d make a disclaimer, like ‘I know this isn’t a Radiohead song but it kind of feels like that here.’ Those are the kind of descriptions I had to use to get the point across.”

Nevertheless, the possibility that Sleepwalking might have evolved into a San Fermin album given the band’s contibutions didn’t really faze him. “These guys are really good and they’re my friends and we have good lines of communication,” he insists. “Plus, having my friend of 11 or 12 years play on it and produce it made it a very comfortable situation. There’s a lot to be said about the ability to convey what I wanted through metaphors and words. For a record I had been understandably stressed out about, that made it really easy, and something I can imagine doing again.”

Indeed, Tate makes it clear that his commitment to the band remains his priority.  “My relationship with San Fermin is really nice because Ellis is an amazing composer and he’s always coming up with interesting stuff,” he says. “It always feels like something new and fresh. To be in on the songs he writes at a really early stage, and yet also have the distance of them not being mine, is really something special. When they’re personal, you find yourself tied to weird things. A lyric might feel specific because it’s specific to you. With San Fermin, I just get to sing and flail. It’s great, but having an outlet that reflects my own experiences was something I really wanted as well.”

Still, he suspects it won’t get any easier. “Travelling around with a band all over the world, you couldn’t be more inspired,” Tate suggests. “But it takes finding something other than a sleep deprived moment to write those ideas down and remember them. It’s hard to think about that now with this record just barely out, but I think I’ll definitely do something again. I don’t know that I’ll ever be able to stop writing.”

For now, Tate’s hopeful that Sleepwalker will get an audience of his own.  “My biggest hope for the record is that people find it and spend time with it,” he muses. “It’s a little bit of a grower. It doesn’t all come across directly at first. It’s definitely a little scarier when it’s your project and not the band’s. It feels like my pride can be hurt in a content sort of way. Maybe in a performance sort of way. But I’ve gotten a lot of support so far. I think I would have always wondered what would have happened I hadn’t done it.”