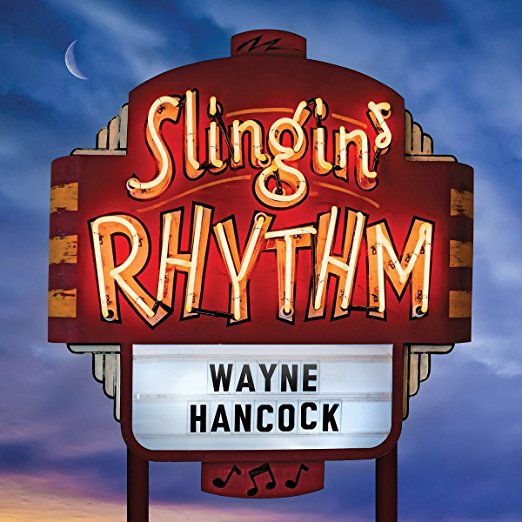 Wayne “The Train” Hancock's affinity for hardcore country, roots relevance and Texas swing has been a staple of his sound ever since he won his first music competition at age 18 and subsequently released his first record in the mid ‘90s. Now, ten albums on, he's firmly etched his place in the Americana firmament, and just as his music tends to lean towards what could be generally defined as an insurgent sound, he refuses to be compromised.

Hancock and  his band’s latest effort, Slingin’ Rhythm, sticks to the same template as his earlier efforts, a mix of swing, blues and honky tonk that not only puts the emphasis on authenticity, but tosses in plenty of sway, sashay and pedal steel for good measure. The title track serves as a mission statement of sorts, a concise definition of both his MO and dedication to purpose. Mostly though, Hancock and his crew confine themselves to a series of snappy three chord compositions, staying true to a formula that forms a well-defined continuum from first song to last. It’s a feisty collection to be sure, one that doesn’t shy away from dissing unfaithful companions, whether its a cheating wife who meets an unfortunate end (“Killed Them Both”) or simply a hardhearted lover reticent to offer further affection (“Divorce Me C.O.D.,” “Wear Out Your Welcome”). Hancock may be faithful to his muse but as always, irreverence is part and parcel of his purpose.

Granted, Slingin’ Rhythm often seems to restate the obvious -- that is, that Hancock is determined to finesse a form that’s still a staple of country music and its traditions. That makes him more an archivist than an anarchist, but that’s just fine.  Slingin’ Rhythm finds him committed to the cause and making a celebratory sound in the process.