Steve Hackett Goes From Genesis To His Own Revelation 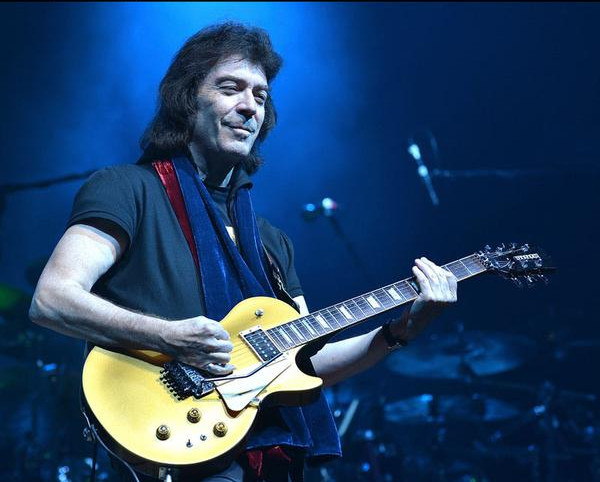 Steve Hackett is an overachiever. Forget the fact that he’s dabbled in practically every musical form known to man, be it prog, blues, folk, classical, world, jazz and yes, plain old rock n’ roll. Then there was that band called Genesis, which had him making key contributions for much of the ‘70s. Never mind the fact that he’s chatting on the phone from a hotel room in Seattle at 9 am, which, by most accounts, is unreasonably early for your average touring musician. “Oh, we’ve been up since 5:30 this morning,” the genial guitarist replies. “We’re still on English time. We arrived two or three days ago. We get up quite early anyway. I used to be up at the crack of mid-day, but now I get up early. There’s a lot to do and it usually starts at 6 am. That’s just how it goes.”

The work Hackett’s speaking of involves rehearsals for the current tour he’s about to launch -- one that’s dubbed “Acolyte to Wolflight with Genesis Revisited.” Simply translated, it revisits the entirety of his musical backstory, beginning with a broad overview of his prolific solo career, from his first album, Voyage of the Acolyte to his most recent opus Wolflight, released last year. The second set retraces his work with Genesis, with whom he was inducted into the Rock and Roll Hall of Fame in 2010 and whose work he’s revisited for the better part of the past 20 years.

“It’s an attempt to show the full breadth of the material, from the very early days to the very latest things,” he suggests. “But I’m still developing and working with other people and trying different genres. I do that like some guys change stage outfits. I love working in unfamiliar areas and going into total immersion.”

That’s an understatement. Hackett’s collaborations have been among the major hallmarks of those ongoing efforts. He once did an album with the late Chris Squire of Yes in a band they called Squackett, and tapped another Yes member, fellow guitarist Steve Howe, for the equally short-lived GTR. Then there was the would-be super group with the recently departed Keith Emerson, the late bassist Jack Bruce and the all-star drummer Simon Phillips. Sadly, rehearsals only lasted three days before a “disagreement” between Emerson and Bruce brought it to a premature conclusion.

“You’re lucky to get an album out of these things, and if you get an album and a tour you’re doing exceptionally well,” Hackett laments. “Those things are very hard to sustain. You can bring ideas to the table but the truth is that people have their own lives and opportunities and that tends to take precedence, especially when they’re people of a certain pedigree. If you get in the ring that’s great, but you have to be prepared to swing with the punches.”

“I’ve tried to keep it moving,” he notes. “I love that music can exist without rules and can go anywhere. There are so many schools of thought on that and I’ve learned from all of them and contributed to many of them. As long as you feel it, that’s the main thing for me. Something that holds me and just won’t go away. Something that taps me on the shoulder, and says, ‘What about me?’”

Consequently, one might wonder why Hackett chose to look back and revisit those seminal efforts with Genesis. “Genesis was a band that I fought hard to establish,” he explains. “We did seven or eight albums and a lot of work went into that. I didn’t leave because of any real differences, but I needed to have the freedom to do what I do best, which is solo albums. It wasn’t easy to do that when I was in the band.”

Indeed, there’s a tremendous legacy there that Hackett has every right to tap into. “Before I joined the band, I almost had the impression that they were half a folk group because most of the music they were doing live was acoustic,” he recalls. “I wanted to change the balance. I thought it could have a harder edge and still keep the softness as well. In the ‘70s, it was the albums’ time, and in the ‘80s, you had people making a collection of singles. Early on, we were making albums with scant regard to singles. That’s what defined the difference between the two decades. I was more interested in making albums. Many of the fans of the early work, especially with Peter Gabriel felt disenfranchised by the change towards more accessible material and stripped down stuff. I’m not criticizing that, but what I think attracted people early on were these journeying songs, songs that were kind of odysseys in a way. I think it was about the stories, the other worlds they could inhabit, a concentration of detail, the magic of the mellotron and all these things that can’t even be described. And because there had been so many early supporters of the band who had felt disenfranchised by what the band had become, I did some re-records of the material to widen it and expand it, and eventually took it on tour.”

“You tend to do this stuff instinctively but when you rationalize it, you realize that something that tends to blow a hole int he genre is a good thing. It’s a little bit of a relay race, where someone hands the baton off to somebody else to allow you to suddenly switch genres in the midst of the process and then return to it in a slightly altered form. In a way you have to b e a little bit careful with this. If you’re working int he progressive genre and its early days for you, there is a tendency for people to use too much punctuation and not enough statement. ‘Let’s come in with a tricky time signature, nobody will be able to fathom it and aren’t we clever.’ That doesn’t work for me because I have to get my ears around a tune or a sound to start with. Something has to grab me to begin with and it can’t just be all pure cleverness. I can’t start off with an impenetrable equation. What’s the point of having a variation when you don’t have a clear statement to start off with. Virtuosity isn’t enough for me. I need something to grab my heart.”