Husband-wife partnerships can be tenuous. At times they find a stronger partner adding a less talented mate merely to assure domestic tranquility.  Other times, they lead to a competitive situation which could cause a frayed relationships at home. Happily then, the Tedeschi Trucks Band seems to have found a perfect balance, one which allows both of the namesakes an equal presence and posture. 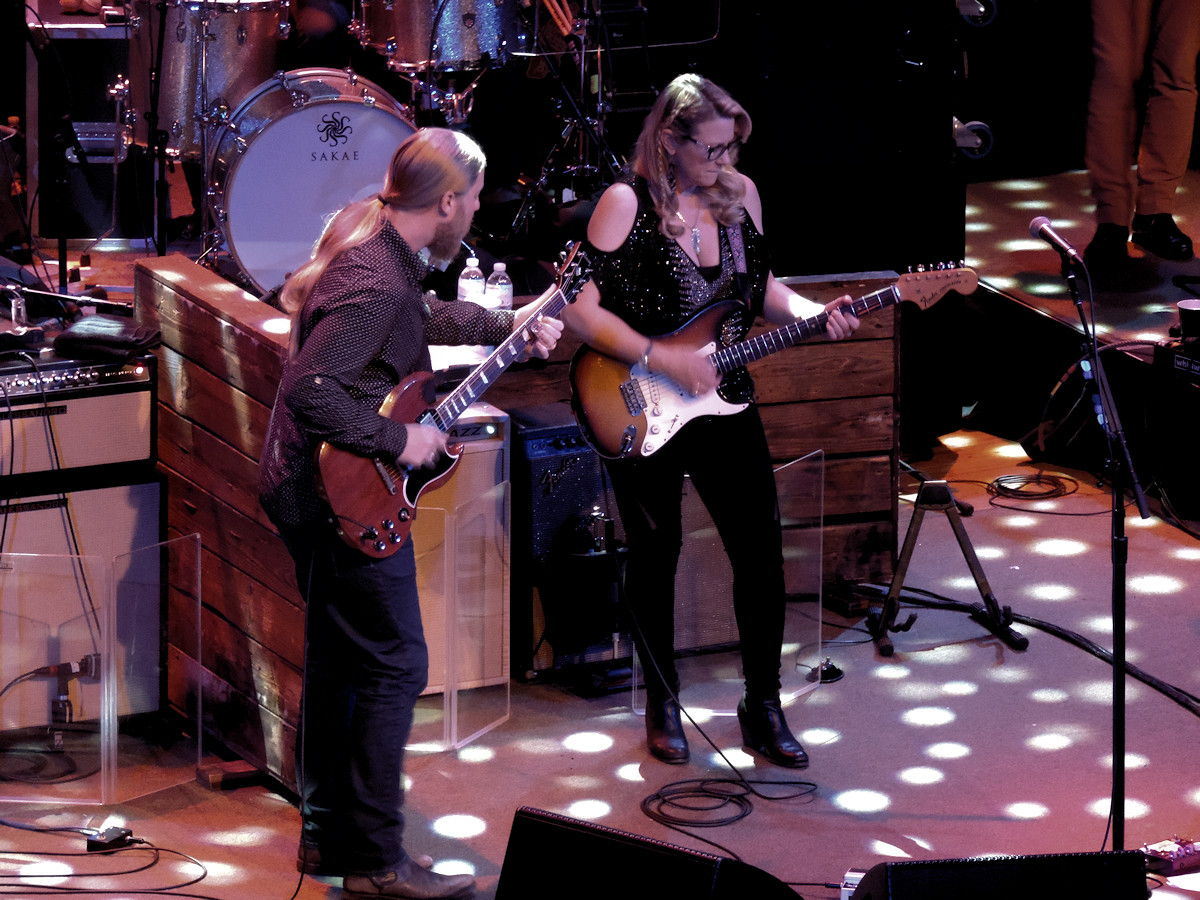 That’s already a given as evidenced by the work Derek Trucks and Susan Tedeschi have released since officially forming their band six years ago. After playing on each others individual albums for ten years prior, the two officially joined forces with band's 2011 debut Revelator, garnering a Grammy for Best Blues Album, several top prizes at the prestigious Blues Music Awards, widespread critical acclaim, and a top fifteen debut on the Billboard album charts. Everybody's Talkin', a double live disc, continued to reap the raves gained the first time around, entering Billboard’s list of the year’s best selling Blues albums. Not surprisingly then, Let Me Get By, released last year, was quickly heralded as a triumph all its own. 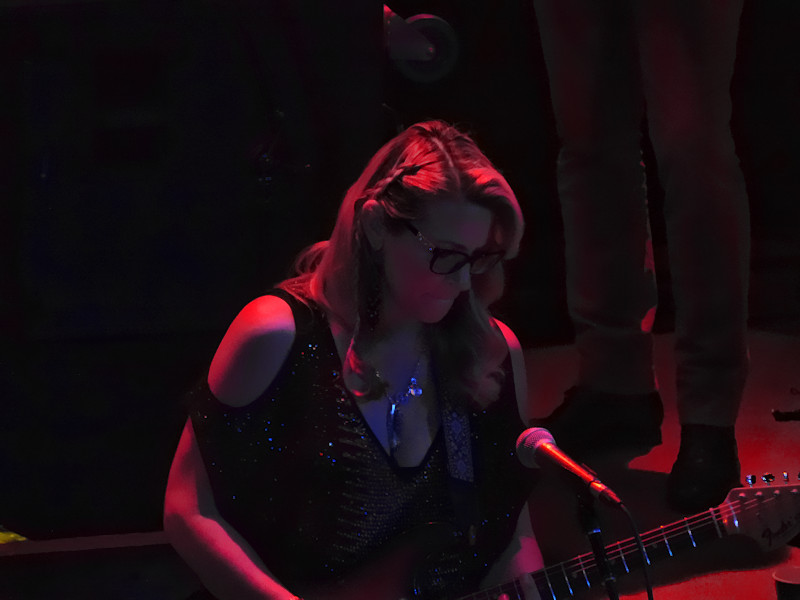 Still, the true measure of the duo’s skill and serendipity is evidenced in concert, and this past Thursday night, at the historic and stately Tennessee Theater in downtown Knoxville Tennessee, that was never more evident. Helming a twelve piece band -- consisting of Trucks (Guitar), Tedeschi (Guitar and Vocals), Kofi Burbridge (Keyboards), Tyler Greenwell (Drums and Percussion), J.J. Johnson (Drums and Percussion), Tim Lefebvre (Bass), Mike Mattison (Harmony Vocals), Mark Rivers (Harmony Vocals), Alecia Chakour (Harmony Vocals), Kebbi Williams (Sax), Elizabeth Lea (Trombone), and Ephraim Owens (Trumpet) -- the two mainstays offered up a set of songs that effectively combined their populist blues and their Southern roots, as well as jazz and jams in a way that left no doubt as to the virtuosity for which they’ve lauded. 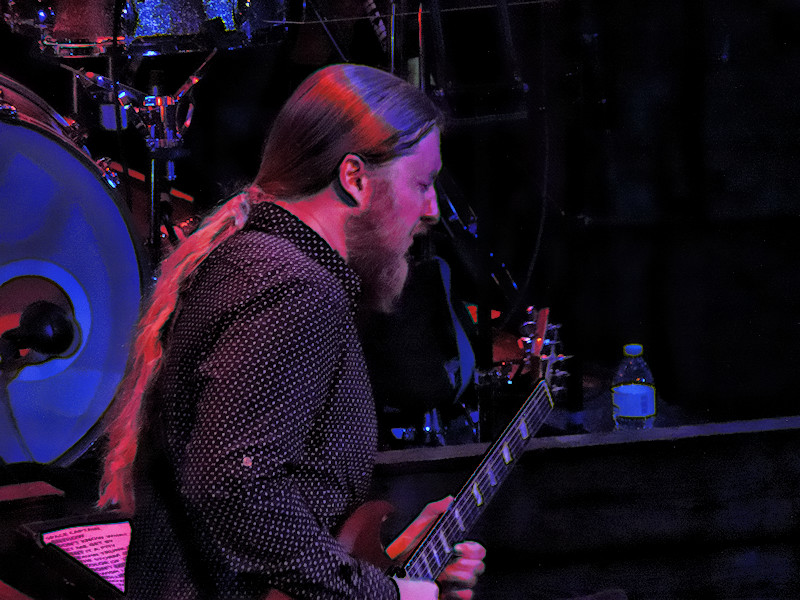 Not surprisingly, Trucks’ individual past can’t help but intrude on the proceedings as well. His tenure with the Allman Brothers came to the fore on the opening song of the set by way of a spirited cover of “Statesboro Blues,” and later, a rousing extended take on “In Memory of Elizabeth Reed,” which also brought the evening’s opener and one time Allmans guitar wiz Jack Pearson back to the stage with an exhange of fretwork that soared to unexpected heights. Of course, there was another way of interpreting that tact as well; Trucks’ uncle and longtime Allmans mainstay, percussionist Butch Trucks, had died only the day before, and while nothing was said from the stage, one couldn’t help but get the sense that his spirit was, in some significant way, casting its light over the proceedings.

Still, the reverence didn’t end there. A dynamic version of “Keep On Growing,” first patented by Derek and the Dominos, made an apt juxtopisition in this big band setting and related well to Trucks’ turn in Eric Clapton’s band. Likewise, Tedeschi’s solo spotlight on Leonard Cohen’s “Bird on a Wire” not only demonstrated what a superb vocalist and front woman she is -- easily comparable to Bonnie Raitt in terms of her grit and emotion -- but also paid homage to another icon that was lost recently as well.

Still, it’s to Tedeschi and Trucks’ credit that they also allow the members of their band to take time in the spotlight. An interlude that found the brass section going off in an abstract jam sounded both spontaneous and surreal. The background singers were utilized well, often allowed to take individual leads. The keyboards, dueling drummers and, natch Trucks’ superb slide, offered the impression at times that the audience was actually witnessing the Allmans reincarnate, given both the sound and set-up.  And with Pearson’s superb trio offering up their own version of “Blue Sky” in their opening set, the sense of revival echoed through the entire evening as well.

That said, nothing can detract from the command and dexterity Tedeschi Trucks offer up on their own. They shine on through the songs, but it’s the extended instrumetal outlays that allow them to soar, bringing an erstwhile audience along for the journey.