The Blues, The Whole Blues and Nothing But The Blues by David Bromberg 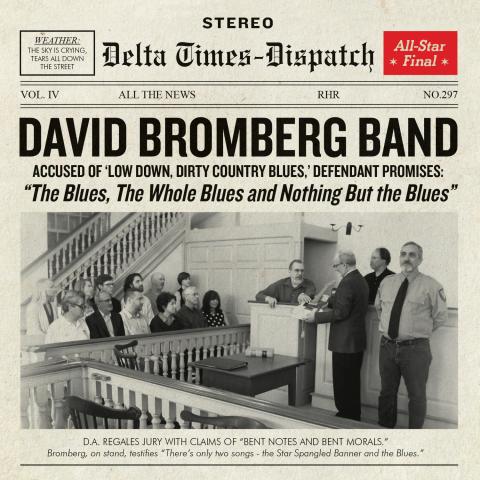 David Bromberg’s fondness for the blues has been a single-minded concern throughout his storied career, one that’s found him working alongside any number of icons, folks like Bob Dylan and George Harrison included. Not surprisingly, The Blues, The Whole Blues and Nothing But The Blues is all its title claims to be, and if Bromberg doesn’t exactly break new ground, his willingness to tow tradition still leaves much to be admired.

Even without straying too far from those parameters, Bromberg does his best to mix things up. Some songs find him playing solo -- Ray Charles’ “A Fool for You” and the better part of the traditional “Delia” -- while others like the whimsical “How Come My Dog Don’t Bark When You Come Around” and “Why Are People Like That,” opt for a big band approach with its brassy flourishes. Of course, it’s Bromberg’s fretwork, the chief reason he’s racked up his reputation, that takes center stage. He’s not always a flashy player, but relies instead on a tasteful tack that ensures his distinction. His style fits especially well with the more traditional tunes, and even his original material (specifically, “You Don’t Have To Go” and “This Month”) feels like its ploughed from the blues’ original roots. If Bromberg’s intention was to go back to basics, he’s certainly succeeded here.

Likewise, Bromberg’s once shaky vocals have never sounded stronger, and even though he sometimes seems prone to provide a nod and a wink, he comes across a lot like an obscure archivist all the same. Even the track most listeners might know best, Sonny Boy Williamson’s “Eyesight To The Blind,” is restored to its original template, a drastic shift in style from the hard rocking version that the Who adapted for Tommy. There’s no pretence here, proving Bromberg’s very well able to testify as to the truth of this singular sound.