The Last Waltz by The Band - 40th Anniversary Edition 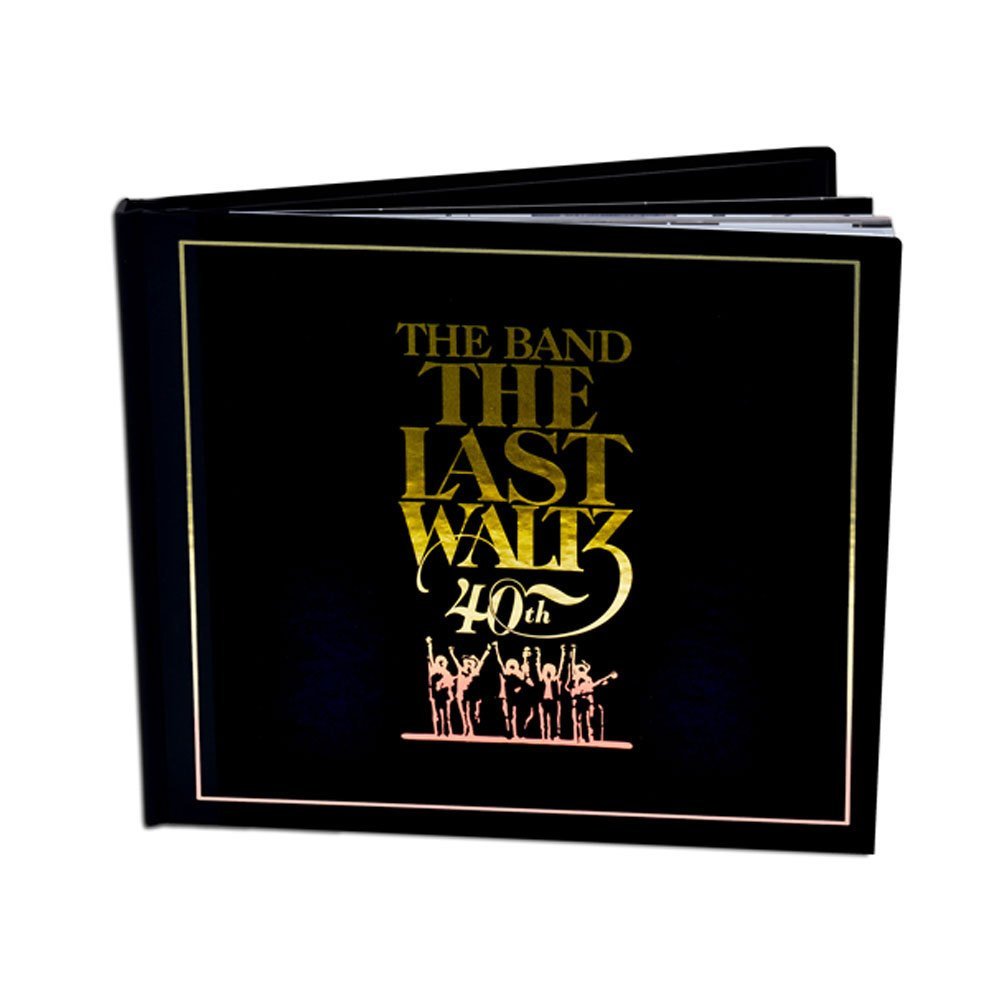 Forty years seems an auspicious enough anniversary these days, what with the transient nature of rock and the passing of so many of our musical idols. While the 25 or 50 might have been a tidier milestone to mark The Band’s final hurrah, it doesn’t detract from the fact that this all star gathering still ranks as one of the most momentous superstar summits of all time and an event worth remembering regardless of whatever anniversary might coincide. Besides, with a tribute tour currently underway -- sans any of the original participants it might be noted -- it would be a shame if the actual concert wasn’t represented as well.

And so it is, complete with a lavish 74 page book that chronicles the event in exacting detail, a sensational Blu-Ray that gives Martin Scorsese’s original film a new found clarity rivalling the original theatrical release, and four discs of music representing the performance, the rehearsals and incidental studio sessions. Granted, the CDs don’t boast any newly discovered treasures; instead they simply replicate the offerings lauded on the expanded 2013 edition. Collectors may be dismayed by that noticeable lack of extras, but those willing to spring for the $60 or so necessary to purchase the entire package will find it well worth the acquisition regardless. There are other options -- two and four discs of the music alone -- but given the fact that those are simply standard issue, the extra dollars involved make acquisition of the entire set a worthy buy, all components considered.

Ultimately, “The Last Waltz 40th Anniversary Edition” mimics the accomplishment it originally attained on its release -- that is, an excellent overview of The Band’s musical legacy, faithfully executed and expounded upon by an amazing array of guest performers -- Dylan, Clapton, Neil Young, Emmylou Harris, Muddy Waters, Van Morrison, Neil Diamond and Joni Mitchell included. Each artist is captured at his or her prime, exempting the presentation from any claim that it was a mere comeback concert. To hear songs such as “The Night They Drove Old Dixie Down,” “The Weight,” “This Wheel’s On Fire” and “Up On Cripple Creek” recharged with this live vitality makes the studio versions pale in comparison. The same can be said of any of the singular songs sung by their guests.

Monumental seems an adequate description overall, but even then, the word simply doesn’t do these proceedings justice. “The Last Waltz” was, after all, a singular event, one of the greatest concerts of all time, and in retrospect, that status hasn’t diminished with age. Four decades on, it’s as stirring as ever, and this lavish document of that amazing evening brings it all back home.