The Life & Songs of Emmylou Harris by Various Artists 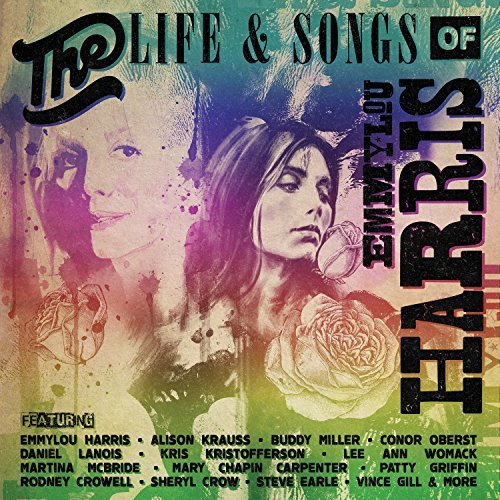 Perhaps no artists is so ingrained in the very fibre of modern Americana more than Emmylou Harris. Her presence is everywhere -- in the music she makes on her own, in the music she shares with others, in the music that feature finds her simply settled in the background sharing supporting vocals or merely lending inspiration. On January 10, 2015, a distinguished group of her peers - a list of notables that included Rodney Crowell, Buddy Miller, Chris Hillman, Lee Ann Womack, Steve Earle, Mary Chapin Carpenter, Patty Griffin, Vince Gill and several dozen other equally distinguished names - gathered at DAR Constitution Hall in Washington D.C. to pay homage Harris and the incredible cache of songs that have been borne by her presence throughout the more than four decades that encompass her career.

The resulting live recording, the ambitiously titled “The Life & Songs of Emmylou Harris,” isn’t so much a retrospective or chronological showcase, as it is an opportunity to simply revel in the music with which she’s been associated. Some of the material covered here bears a more direct link to Gram Parsons, her musical mentor and original partner - Chris Hillman and Herb Pedersen’s read of the Hillman/Parsons cowrite “Wheels,” Steve Earle’s tenacious “Sin City” and Lucinda Williams’ maudlin “Hickory Wind” specifically - but Emmylou’s inextricable link to Parsons makes those inclusions all too appropriate. On the other hand, Kris Kristofferson’s reprise of his own “Loving Her Was Easier (Than I’ll Ever Do Again)” seems more a nod to the composer than Harris herself.

No matter though. Emmylou’s presence reigns regardless - in a sturdy duet with Daniel Lanois on “Blackhawk,” in Womack’s stirring take on “Born To Run,” on an evocative cover of “Till I Gain Control Again” by Alison Krauss and in the final bow that finds Emmylou and the full ensemble singing “Boulder To Birmingham.”  There’s not a single song here that falls below her superior standard, and that in itself makes this tribute resonate richly and robustly. Simply stated, this is a stunning set of songs, one that does its subject proud.