The Musical Mojo of Dr. John: Celebrating Mac and his Music Concord by Various Artists 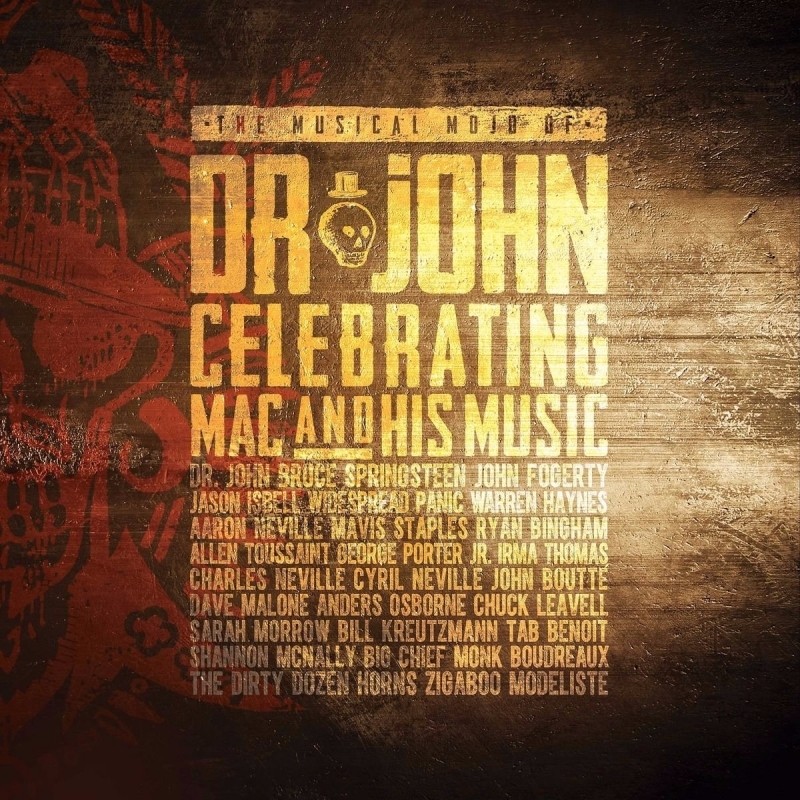 Session man, soul man, voodoo priest, or traditional tunesmith, the tireless Mac Rebennack, aka Dr. John, has become an enduring icon over the course of his 50 plus year career. Fittingly then, this expansive all star tribute, recorded last May in New Orleans -- his place of origin and inspiration -- encompasses a considerable amount of history. Given his transformation into a jazz and blues purist in the early ‘80s, the amount of material -- original and otherwise -- is impressive, occasionally eclipsing even the artist himself. After all, he's not the only performer who ever laid claim to such standards as "Goodnight Irene," “Stack-A-Lee” or "Since I Fell for You." Nevertheless, it's Rebennack's wider repertoire that's celebrated here, and with special guests like Bruce Springsteen, John Fogerty, the Neville Brothers, Irma Thomas, Allen Toussaint, Mavis Staples, Jason Isbell and others taking turns as the hired hands, the sheer range of that stylistic spread becomes quite apparent. Nevertheless, sometimes the celebrants themselves threaten to overshadow their guest of honor, making him seem like only an ancillary player in the proceedings, not the one situated in the spotlight. No matter that his signature songs -- "Right Place Wrong Time," "I Walk on Gilded Splinters,” “Such a Night” and the like are still the standout selections. Happily, he’s allowed to wrap up the festivities with the final three songs, affirming the fact that he is, after all, the one being accorded the honors.  It’s hardly the perfect prescription, but fortunately the Doctor still gets his due.