The Wild by Rural Alberta Advantage

In a very real sense, The Wild proves a descriptive title for this, the fourth album from the Canadian combo that call themselves Rural Alberta Advantage. A series of songs that came about organically, spun from their work on the road and determination to let the music steer itself rather than the other way around, 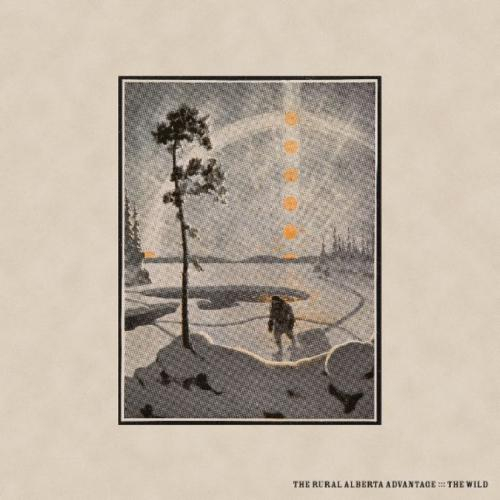 it’s easily the band’s most expressive effort to date. As the trio tells it, there was no particular theme or intent involved in either its concept or creation, other than the desire to let the songs evolve naturally over time.

Consequently, The Wild maintains a real sense of spontaneity, a sound in keeping with their frenetic folk impulses and the heady adrenalin rush that frequently drives their songs to euphoric highs. On offerings like “Alright,” “Beacon Hill” and “Brother,” the group seems determined to get a handle on some unstable circumstances, but even despite the music’s persistent pace, meeting that challenge somehow seems just out of reach. “I was trying to turn my life around before the last show,” Nils Edenloff wails with a clear degree of desperation on “Selfish,” echoing the furtive stance that dominates the album overall.

Indeed, it’s Rural Alberta Advantage’s ability to make more with less that becomes the singular most impressive additive in their arsenal. With Edenloff taking center stage on vocals and guitar, Robin Hatch doing due diligence on keyboards, bass, and backing vocals, and Paul Banwatt literally pounding the drums with endless abandon, the band make a big sound with only minimal accoutrements. The whooping vocals that echo in the background during the full forward thrust of “Beacon Hill,” “Bad Luck Again” and the album’s one rare moment of respite, “Letting Go,” allow these songs to soar, even in unhinged environs. Edenloff’s frantic strum and Hatch and Banwatt’s ability to indulge and engage at a persistent pace adds to the overall sense of urgency and abandon. Yet ultimately it’s only acoustic guitar and those racing rhythms that drive these tunes, giving the music an emphatic urgency that straddles the divide between desperation and despair.

Ultimately The Wild seems to have made good on the band’s original intent. And yet, for all its unhinged energy, ragged refrains and frayed edges -- note, for example, Edenloff’s punk-like ramble on “Dead/Alive” -- it’s surprisingly cohesive even in the midst of kinetic compulsion. Consider this both edgy and essential.