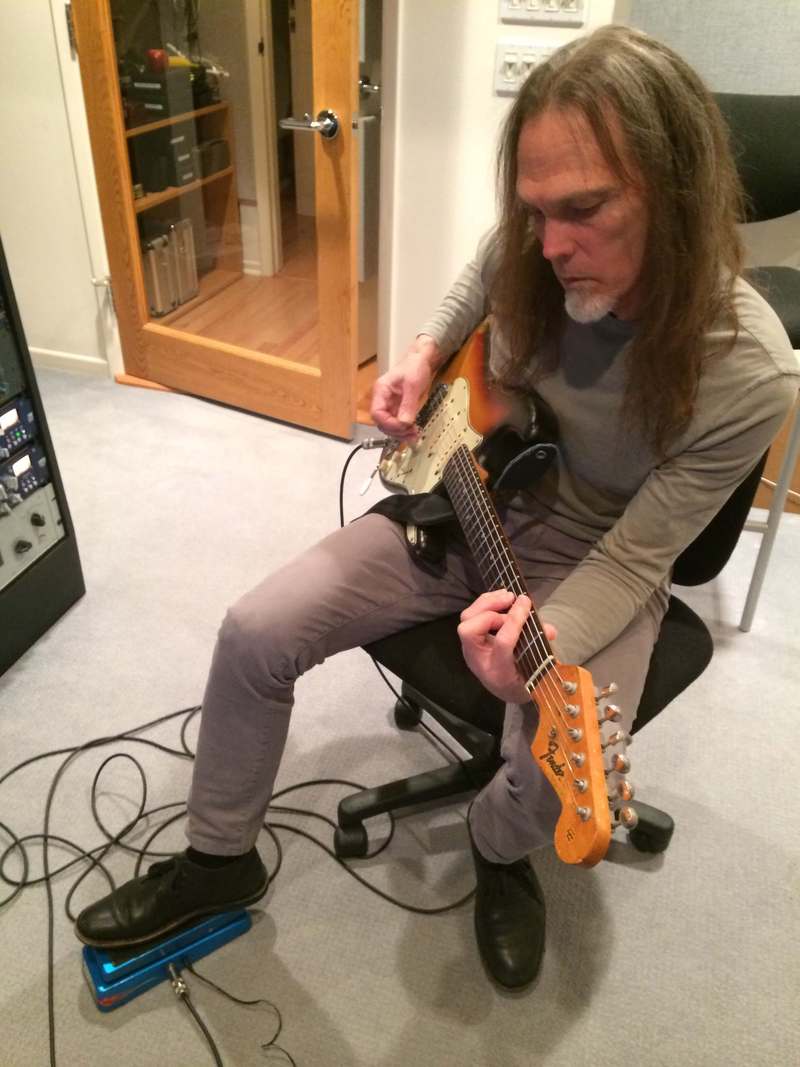 If Timothy B. Schmit was any more prolific, then Webster’s Dictionary would have to come up with an entirely new word to describe his remarkable work ethic. Then again, his first band was called The New Breed, a name that suggested an auspicious introduction. Although their one single of note, 1965’s “Green Eyed Woman,” didn’t exactly ensure immortality, the band did evolve, changing their name to Glad and releasing their first and only full length recording, Feelin’ Glad, three years later.

Of course, the most important shift in Schmit’s career would come later, beginning with Poco, and later, the Eagles. Schmit first auditioned for Poco in 1968, only to lose out to Randy Meisner who had rejoined the band he originally helped found. Schmit finally got the gig when Meisner left for good to join the Eagles. Ironically, it was Schmit who again took Meisner’s slot, this time in the Eagles when Meisner gave that group his notice in 1977.

With both bands, Schmit was able to make his presence known immediately. He contributed the song “Keep On Trying” to Poco, and later helped propel the mega hit “I Can’t Tell You Why” to the top of the charts for the Eagles. He continued to play an integral role in the Eagles until their initial break-up in 1980 and subsequently rejoined them when they reconvened again in 1994.

Still, those two groups represented only part of his trajectory. Schmit’s session work has occupied a significant portion of his career, and like Woody Allen’s enigmatic Zelig, he regularly appears in the most unexpected placest. He appeared on three Steely Dan albums (Pretzel Logic, The Royal Scam and Aja) as well as signature songs by Firefall (“”Just Remember I Love You”), Andrew Gold (“Never Let Her Slip Away”), Bob Seger (“Fire Lake”), Boz Scaggs (“Look What You’ve Done To Me”), Toto (“Africa,” “I Won’t Hold You Back”), Don Felder (“Heavy Metal”), Crosby, Stills and Nash (“Southern Cross”), Richard Marx (“Should’ve Known Better”), Jars of Clay (“Everything In Between”), and fellow Eagle Don Henley (“Dirty Laundry,” “You Don’t Know Me At All”). In addition, he’s toured with Jimmy Buffett’s Coral Reefer Band (it’s said he actually termed the phrase “Parrotheads” to describe Buffett’s rabid fans), Ringo Starr and Dan Fogelberg.

He is, in short, one prodigious individual.

Surprisingly though, Schmit’s individual efforts are in relatively short supply. In a career that spans some 50 years, he’s only released six solo albums, including his latest, Leap Of Faith, his first offering in almost seven years.

That said, Schmit appears anxious to give the new record the attention it deserves. Last September, he made a rare appearance at the Americana Music Festival in Nashville for a few showcases and press appearances. Charming to a fault, still boasting the shoulder-length locks that have become his identifying trademark and a quiet speaking voice that gives way to his upper register vocals in the studio, he graciously consented to  aone on one interview in the hosting hotel’s lobby. As always, he was thoroughly engaging.

GOLDMINE: Your first album of note was with a band called Glad. Whatever happened to those guys?

TIMOTHY B. SCHMIT: I see those guys all the time. They’re my best friends. Whenever I go to Sacramento -- which is where I’m from and we got together in high school -- we always get together and at least have lunch. We actually played together at our last high school reunion.

Okay, let’s fast forward. Please give us some background on the new album.

I like to write songs, and whenever I have a song or a few songs, I turn on the mother ship and start recording. And I’ve been doing that for quite a few years, especially for this record. This album took awhile for a couple of reasons. For one, I’m not a particularly fast writer. I take my time. And then of course, I was out on the road with the Eagles, so I would come home, write, record and do it all in between tours. So the album actually spans several years of work.

You’ve had a long and prolific career, but not a lot of actual solo albums. So is it a matter of limited time?

I said this recently -- I finally feel like I’m getting the hang of things and learning how to do it. It’s really a great feeling to have some new energy as you get older. It’s really good. Plus, this album is self-penned. All the songs are mine. I’ve collaborated in the past, but it’s always a bit of a compromise because you’re working with other people. When I went back and listened to my earlier solo albums, and I listen to the songs I wrote myself, I actually prefer those. They sound truer because they come from me. So on my last two albums I chose to write all the songs myself, and it’s much more satisfying to me.

Are you out touring to support the new album?

I’m not going to tour a lot right now. I did the Americana Festival. I was a presenter at the awards show and I’m doing a lot of press and a couple of shows here in town. Then I’m doing a show in Atlanta, and that’s all I’m going to do. I don’t want to rush things, so I’m going to take my time and find some good pickings for venues. Then I’ll probably do some shows after the first of the year.

Where are you based?

I live in Los Angeles. That’s where I recorded this album. I have a separate studio on my property and that’s where I work.

You set a high bar with your early work, and even if you were to quit tomorrow, your reputation would still be assured. When you do a solo project, are you cognisant of the fact that there’s a certain level of expectation and that you have to meet a high bar?

The only bar that I have to meet is really just for myself. I’m not trying to be profound, but my solo stuff is very personal and it’s my own thing. It’s not being scrutinized by others. I can do what I want. I don’t have anyone saying, “no you shouldn’t do that.” It’s very freeing and very nice. The other situation that I’ve been in, like with Poco and the Eagles, were different, but it was also helpful to me to work with some of the greatest songwriters ever. Real professionals. I learned a lot and I take all that with me. I’m still learning. I feel like I’m starting to be a real songwriter, even though I’ve been writing songs for a long time.

You say this album is very personal. Can you give us an example of why that is?

It’s really just what’s going through my head, and in some situations, what’s going on in my life. On a good portion of these songs, whether it’s alluded to or not, I direct my thoughts to my wife, my greatest friend. There’s only one sort of direct love song on this, but there’s kind of a mention of her here and there. Like I said, it’s just what’s going on in my head. I try to keep my eyes open, to be aware of life situations, and face the many challenges. I’ve done really well professionally, but you can’t escape the normal life quagmires and problems and situations that you wish would never happen. There’s even a song on the record called “Slow Down” that’s really just about stepping back and asking what’s important. Why am I going so fast? We’re all heading in the same direction, but we need to try to keep our eyes open and not even hedge towards the dark side. It’s about that kind of thing.

I’ve traveled all over the place, but there are some places I’d still like to visit. Maybe some third world countries. I don’t know. I’ve been so fortunate. I’ve had such a great life that if it all ended, I would still have a pretty full ship.

So we have to ask -- are the Eagles still intact? Are things on hold or are there plans going forward?

Well, right now, not really. Glen (Frey) has only been gone nine months. Everybody’s out doing other things. Henley’s on the road and Joe’s been out as well. We’ve only gotten together once recently, and that was at a party at our manager’s wife’s birthday party. It was really great to see each other a few months after Glen’s passing. But nothing’s really been talked about. Honestly, I can’t really see calling it the Eagles anymore. The Eagles are over. That whole thing was really spearheaded by Don and Glen. They were the principal writers. Glen was a huge part. I suspect something will happen someday, but I’m not hiding anything when I say nothing’s been talked about. I suspect at some point, when we decide what we want to do, if it’s time, we’ll do something together,but for right now I’m just concentrating on the present and on this new album.