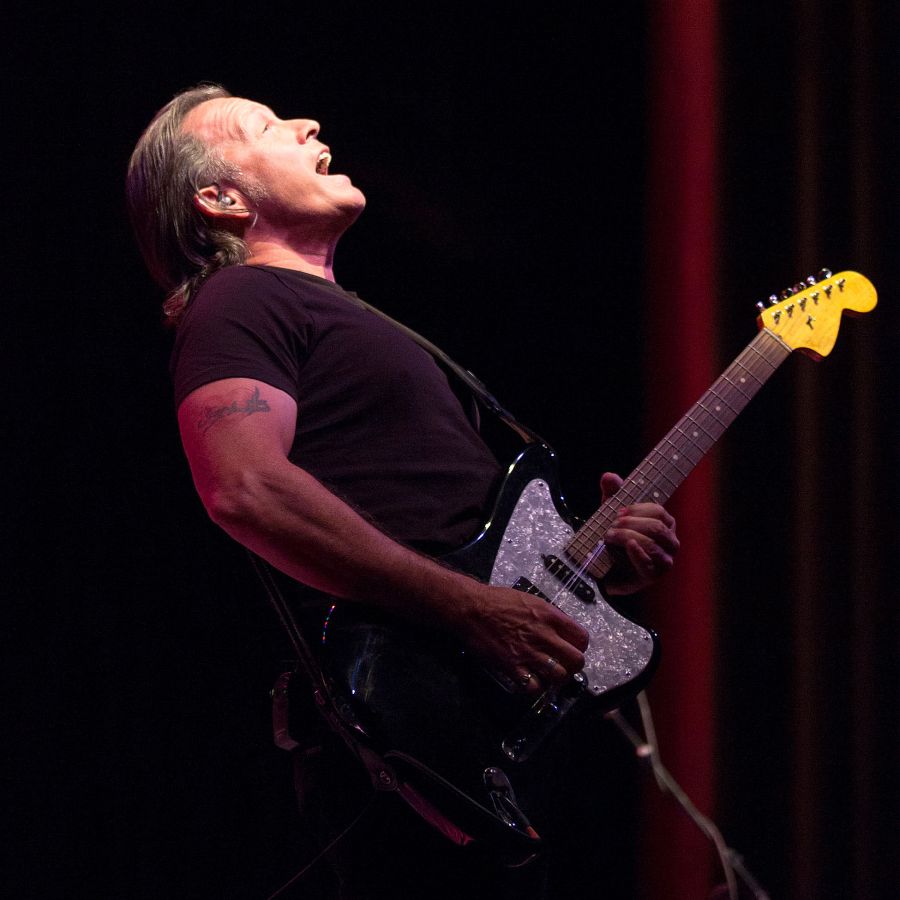 Tommy Castro is one of those intrepid road warriors whose devotion to the blues is both unwavering and somewhat challenging. His new album, the appropriately titled Method to my Madness, is no exception.

“I wanted to get back to basics, Castro says of the new album. “I wasn’t trying to reinvent the wheel. So I went back to my roots, but I wanted it to sound less produced. Some of the music on my previous album, The Devil You Know, pushed the envelope a little bit and made some of my old fans nervous. It was a little too heavy for them. There was basic blues on there but it was a lot edgier.”

Castro is chatting from his home in San Francisco where he has just returned after a concert on Costa Rica that  also afforded him a rare vacation. “I got to hang around the jungle for a couple of days,” he chuckles. “It was pretty nice.”

It was a nice perk for a singer, songwriter, guitarist and bandleader who’s been plying his trade consistently for more than 25 years at this point, first as a sideman with a soul band called the Dynatones, and before that as a Bay Area musician who once averaged some 300 plus shows a year.

“Now if we play San Francisco, we can only do it every 90 days,” he suggests. “It’s ridiculous, but that’s what you have to do. That’s the price you pay for becoming a so-called ‘National Act.’”

While that might seem a problem, Castro has made up for it by gaining a national following at the same time. “There’s people out there who have followed us for a really long time and they still bring new people out to see us from time to time,” he observes. “So I really try to keep it fresh by making sure we have new material coming out on a regular basis. I’m trying to make a completely new record each time, or at least that’s what I’d like to think. That makes it fun to go out and play new songs.”

For Castro, that involves adjusting his template and taking liberties with his bluesy format.  “There are so many things I can do” Castro insists. when asks how he’s able to alter his style. “I mostly vary the instrumentation. I started out as a four piece band with a saxophone player . Then we started adding other people. I added a trumpet player, and then I had this big, fat wall of sound type of band for several years. Then I got weary of that -- been there, done that -- and I’d go out with just a bass player and a drummer. I liked the fact there was all this space, but you still weren’t missing anything, so I decided to lean it out a little.

“To keep things fresh, I always have to keep thinking about what I’m going to do next. So I made several really good records with three piece, but eventually I was ready for something different again. I wanted to play more guitar. It’s easy to hide behind a big band. If I stopped playing, it still sounded awesome. (chuckles) I realized that in order to keep pushing myself and improve my guitar skills and try some different kind of sounds and some different kinds of songs it would help me to start this new phase of the group, which I now call the Painkillers. We’ve gone with a new line-up that includes a keyboardist, sort of a traditional quartet set-up. I had never done that before.”

Castro admits that he stays current by listening to other artists who have tapped the blues for inspiration, but then staked out their own direction from there. He also acknowledges that he had some help in that regard. “I was influenced by people that are doing the blues with a more contemporary touch -- people like Gary Clark Jr., Jack White, the Black Keys... people that are getting a lot of airplay,” he notes. “When I was driving my kids to school, they took over the programming on that 20 minute drive and I got a pretty good education. They turned me on to some really cool stuff.”

Still, Castro acknowledges that there is some risk in taking a more contemporary approach. However, he remains deterred.

“You’re damned if you do and you’re damned if you don’t,” he laughs. “If I did the same thing over and over, they’d say, ‘Here comes another Tommy Castro record just like the last one.’ But if I do something different, they’ll comment, ‘We like the old sound!’ So you have to be an artist. You have to be creative. I’m just going to do what I want to do because I am an artist. That’s what I did in the beginning and people bought it. They came to the shows. We developed a nice following based on what we’re doing musically. So I have to trust that the next thing I’m going to do is going to be good. I do have a certain quality control (chuckles). I might have lost a couple of people over the years, but I might have also gained a few. I didn’t feel obligated to keep making the same kind of records. I don’t think I’d last long doing that because I wouldn’t be happy. I have to go with my gut feelings about the music. Making a record is an art project. I just focus on that and I hope that when it comes out there will be people out there who are going to dig it.”

Fortunately, that’s been the case so far. “I try hard to be worthy of this job I got,” he continues. “Its a great gig. I don’t know how I lucked out and made it happen. I didn’t have a master plan. I just felt like it was something I wanted to do, and I felt like I could do it. So I went for it. I’m amazed that 25 years later, we’re able to make a record, able to go on tour, and able to earn a living doing what I do. I try really hard to make sure to make sure I’m not resting on my laurel or taking it for granted.”