JD McPherson doesn’t mess around. On the final song of his new album, he declares “Let’s get out of here while we’re young, we’ve worn out all the songs we’ve sung.” 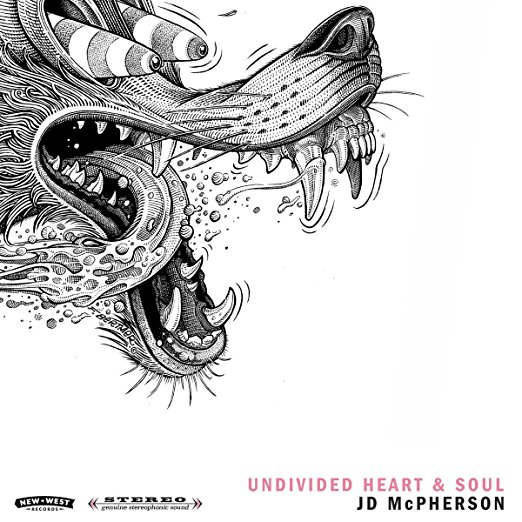 That’s an exaggeration of course, but with Undivided Heart & Soul, his first new studio set since 2015’s critical breakout Let The Good Times Roll, McPherson takes his inspiration from the classic sounds that informed rock’s earliest efforts. Its an unabashed nod to his forebears, with eleven tracks that recycle a classic motif made up of blustery blues, hip-shaking R&B and a riveting sound that was the genesis of early rock ‘n’ roll. With an all star group of collaborators that includes Parker Millsap, Butch Walker, and Aaron Lee Tasjan, and such notable studio standbys as Jack Lawrence of The Raconteurs and Greenhornes, Jess Wolfe & Holly Laessig of Lucius, and singer Nicole Atkins, McPherson and his ace band (Doug Corcoran on guitar, Raynier Jacob Jacildo on keys, Jimmy Sutton on bass, and Jason Smay on drums) procure a bold and brash sound that makes no obvious concession to anything other than its underlying influences. “Desperate Love,” “Hunting For Sugar” and “Style (Is a Losing Game)” exemplify McPherson’s determination to create a robust racket that draws immediate attention from the get-go.

None of this ought to come as much of a surprise. Growing up in Oklahoma, McPherson was weaned on Fats Domino, Buddy Holly and Little Richard. Likewise, the fact that he and the band made a pilgrimage to Nashville’s historic Studio B, home of numerous legendary archival recordings, give this effort a credibility that informs every note. Granted, originality may not be his most dominant suit, but given his dedication and determination, it’s clear that his undivided heart and soul reside at the core of this content.