Valley of Days by Bob Delevante 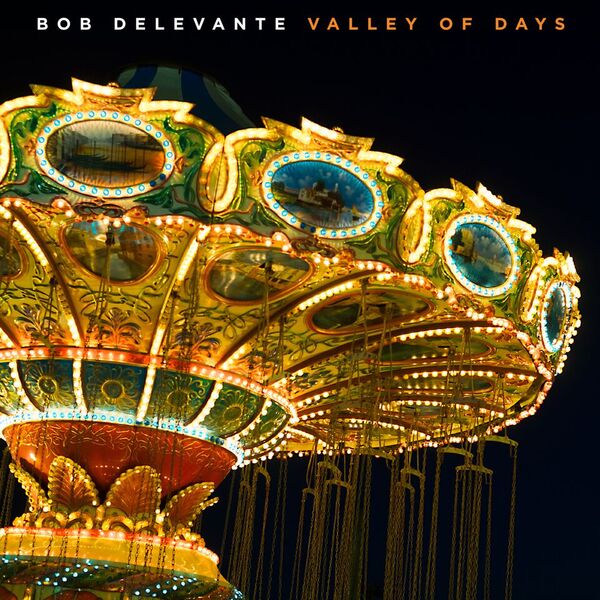 Bob Delevante is a master of his craft. As an artist -- both in the musical and visual sense -- and certainly as a songwriter, he has an extensive history that goes back a couple of decades. His recorded efforts began in 1995 as half of the Delevante Brothers and continued with a solo journey that’s yielded two albums until now, as well as collaborations with the likes of Emmylou Harris, John Prine, Buddy Miller, Alison Krauss and Steve Earle. True to form, with the magnificent Valley of Days, Delevante has gathered an impressive cast of supporting musicians to help him with this long awaited third effort -- producer Dave Coleman, other members of the Coalmen, Amanda Shires, Garry Tallent, Fats Kaplan and Jen Gunderman among many others.

Still, it’s been ten years since Delevante’s last outing, 2006‘s Columbus and the Colossal Mistake, an album that further affirmed his upper ranking among Nashville’s most proficient purveyors of astute roots rock. That naturally created some breathless anticipation for this next effort and happily then, Valley of Days doesn’t disappoint. While his

earlier albums set a high bar, Delevante proves himself capable of exceeding those standards, courtesy of a set of songs that’s both affecting and incisive, whether it’s in the form of rugged narratives (“Stones River,” “Kite on the Wind,” “Downtown Tonight”) or via mellower, more melodic fare (“See You in the Morning,” “The Girl Who Shines Down on Me,” “I Keep It All Back There With You”). It’s evident throughout that Delevante has poured his emotions into this effort, given that each song rings with sentiment and conviction.

Ultimately, Valley of Days emerges as an immensely expressive piece of work, one that adds further credence to Delevante’s reputation as an artist capable of both insight and introspection. A superior collection, Valley of Days is the sort of record that will inevitably prove to be timeless.