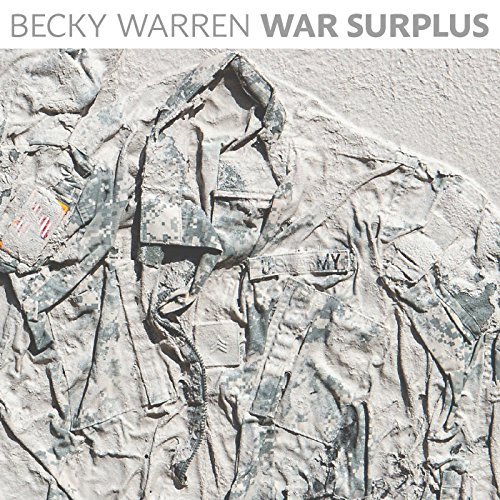 Becky Warren instills authenticity in every note she sings, and much like her formative efforts with her early band The Great Unknowns, she makes music that’s borne from a knowing point of view. That’s evident not only in the way she delivers these songs -- be it the gruff, unapologetic attitude so prominent on the two tracks that sandwich this set, “Call Me Sometime” and “Anything That Lasts,” the sweet sentiment expressed in “San Antonio” or the compelling hand clapping chorus of “Dive Bar Sweetheart” -- but also the story that inspired this material to begin with.

Warren fell in love, married and then waited expectedly when her new husband was deployed overseas to fight in Iraq. When he returned, he was scarred by PTSD, making him a different man that the person she had known before the military called him away. The struggles they faced in trying putting their marriage back on steady footing proved overwhelming and it altered their lives intrinsically and eventually tore them apart as well. So while War Surplus was written as a concept album about a fictitious couple named Scott and June, it’s actually a true to life aural diary that reflects her own struggles and sacrifices. These songs detail the evolution and dissolution of a fragile relationship, from courtship to the final fracture, and in telling the story, Warren courageously tells her own tale as well. It is in every way, both remarkable and revealing, a daring approach that rivals that of any artist in recent memory.

Given her ability to convey each of these offerings with such untethered honesty and emotion, Warren’s War Surplus makes for nothing less than an extraordinary effort, one that resonates powerfully and poignantly from first note to last. Suffice it to say that with only one individual outing behind her, Warren has made a strong start towards what will likely become a most compelling career.