Worlds Within by Ad Vanderveen 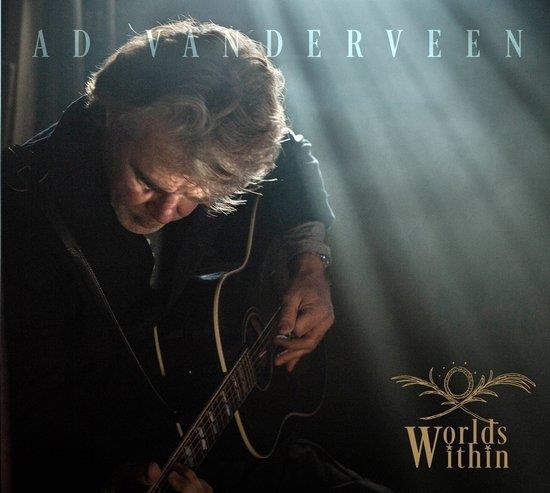 Ad Vanderveen’s reflective musings give his songs a quiet charm that’s all but irresistible, one reason his work makes him the absolute epitome of an accomplished acoustic bard whose tools of the trade come in the form of a guitar, a melodious voice and a songs flush with heartfelt sentiment. Happily then, his lovely new album, Worlds Within, stays true to that template, a sensitive yet stirring folk-infused set of songs that’s rich in sumptuous melodies and astute observations. It’s exceptional as always, and these sublime soundscapes offer ample reason why that judgement is beyond reproach. There’s any number of affirmative examples herein -- the melodious album opener “Worlds Within,” the sweet, serendipitous “Sinking in Doubt,” the gleefully optimistic “Mystery -- but in truth it would be hard to single out any song that didn’t maintain an obvious air of optimism. Still, those looking for a standout song or two would be well advised to check out one of the more tender tracks like “Impossible Love” or the jaunty “Changing Like the World,” an example of upbeat optimism from one whose supple musings are generally cast in meditative mode. Better yet, sample “Bigger Picture,” an absolute anthem of optimism.

Worlds Within represents the latest chapter in a 40 year career that’s seen Vanderveen quietly plying his craft for a dedicated group of fans and devotees both here and abroad. Those who have interest in catching up with his earlier efforts would be best advised to check out 2015‘s two disc anthology, Presents of the Past/Requests Revisited, an excellent collection that culls tracks from several of his earlier efforts. Suffice it to say that those looking for a calming respite from a chaotic world could do no better than to allow Vanderveen’s songs to serve as the soundtrack.